With the same consumption as the M1, GPU it is 25% more powerful than it, while it allows an extra 35% of performance in graphic tasks with its consumption peak. That extra performance comes, above all, from gaining two graphics cores compared to the M1, leaving a total of 10.

Contents
The M2 brings news for all tastes: an entry chip, but more ProThe engine of the new MacBook Air and MacBook Pro

The M2 brings news for all tastes: an entry chip, but more Pro

Although we still do not know what architecture the cores of the M2 are based on (if those of the A15 or a new architecture), we do know that concerning the M1 it has great novelties in several ways. To the 24 GB (maximum) of unified memory, of the LPDDR5 type, it now adds 50% more memory bandwidth, reaching 100 GB/s in this regard. 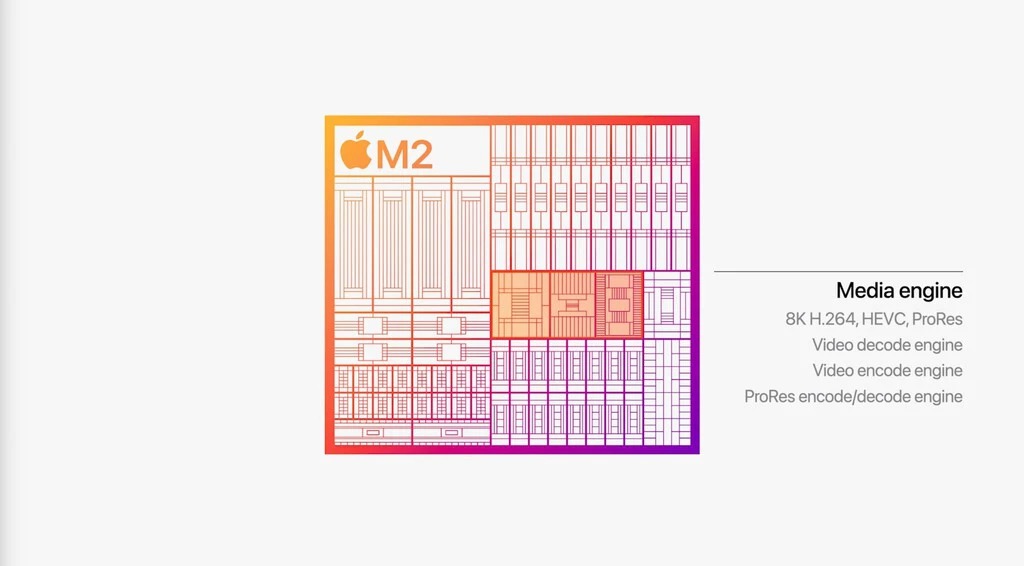 Regarding the Neural Engine or neural engine, it still has 16 cores but is now capable of processing 15.8 billion operations per second. Also, like the A15, the M2 features a new “media engine” that allows ProRes encoding and decoding. That is to say, for video editors, this M2 is much more capable than the M1, being able to smoothly move the highest quality videos that the iPhone records. In addition, the new media engine is capable of processing 8K video in H.264.

In terms of efficiency, Apple has opted to stay with the second generation of 5 nanometers (probably from TSMC), so there’s no big jump like going to 4 or 3 nanometers.

The engine of the new MacBook Air and MacBook Pro 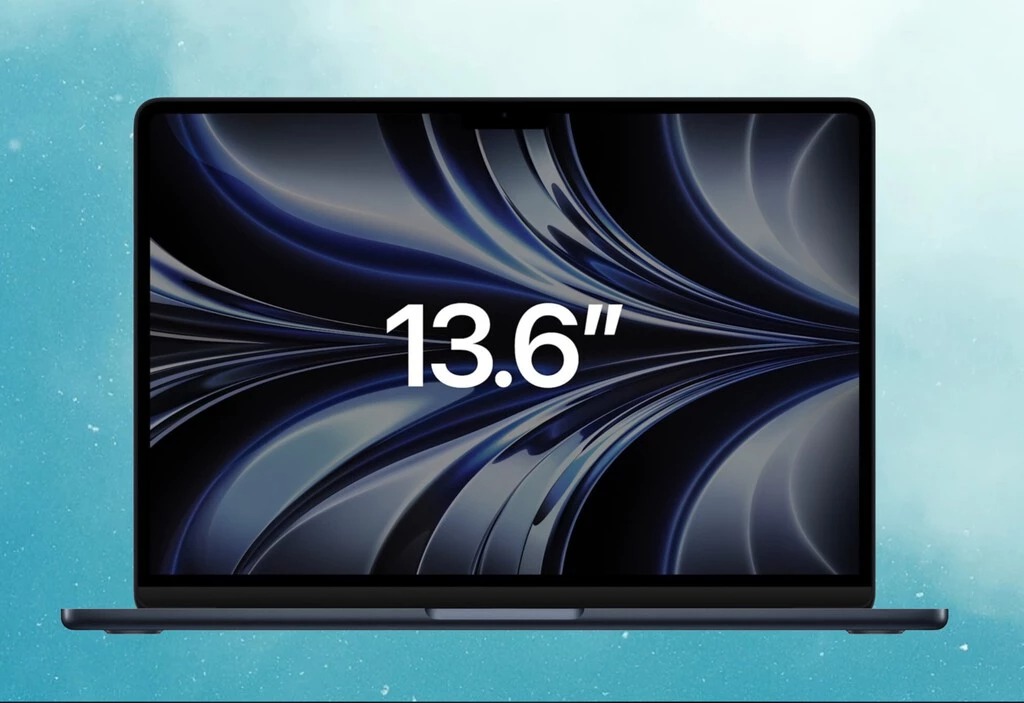 Just as it did when introducing the M1, Apple has introduced the M2 alongside what is likely to be the best-selling products it cares about: a new MacBook Air that comes in four colors, and a new (and probably misunderstood) MacBook Pro 13″.

The MacBook Air changes its design for the first time since 2018 and loses part of the essence that has characterized it since its inception. In addition to a redesign, in the body, we now find a MagSafe charging port, along with two USB-C/Thunderbolt 4 ports. In other words, we will finally stop losing useful ports to charge the devices (whenever we want, because the USB -C on MacBook Pro 14″ also works for charging).

Charging this Air, by the way, can be done from 0 to 80% in just 20 minutes. Apple is finally joining the fast-charging craze, although for now, it remains on Macs.

Apple WWDC 2022: CarPlay changes completely to adapt to giant screens and show more information, such as autonomy or internal temperature
Next Article 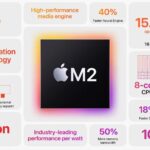