Bird Box is one of the many successful films on the streaming platform, Netflix. The film tells the story of a world devastated by a wave of suicides that occur upon seeing a child.

However, this was the great mystery that brought the film starring Sandra Bullock, as many viewers wondered what is the appearance of these mysterious monsters.

Days ago, Bullock had given some details describing the creatures, whom he described as a green man with a horrible baby face. ”

“It was like a snake, and I thought, ‘I do not want to see it when it happens for the first time, just bring it in. Let’s do the scene.’ I turn around and he’s like this (growling) It’s making me laugh It was just a long, fat baby “Said the 54-year-old actress to the portal BloodyDisgusting.

Many did not imagine how it would be a baby-faced monster. However, a series of images that show the makeup process of the enigmatic creature was published.

The visual effects artist Howard Berger was responsible for publishing the photographs and making the makeup. According to screenwriter Eric Heissere, the initial idea was to include a scene in which the creature appears to Malorie, a character played by Sandra Bullock.

In the discarded scene, Malorie would meet a man with snakeskin and baby face, but that the effect caused by the monster was not as expected.

“It looked like a snake, but I did not want to see until they recorded the scene. When I saw him, he was growling at me, but the only thing he did was laugh, it was just a long, fat baby, “the actress revealed.

Then, we leave you with the image Does the creature cause you grace or do you find it terrifying? 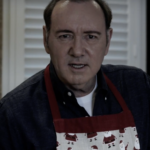 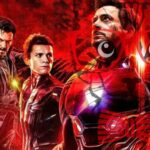