The trap is to believe that and not dare to see The Sea Beast, losing the luck of finding it to liven up a couple of hours of life. The trick is to think that it will be another animated film in the Netflix catalog; imagine that there will be no greater depth, in that ocean of entertainment; that his characters, driven by clichés, will not undergo a major transformation.

It should be clarified: The sea Beast does not offer something different about several of the most famous animated films; independent cinema or even more author animations may be superior (they sure are). But this Netflix movie can satisfy several of the key points of a production aimed at children. In that context, it works in a good way.

His drawing is pleasing to the eye, he has characters that adults and children can identify with and, most importantly, the transformation they undergo. Even in sections where it is predictable, this series of factors means that they can be omitted in favor of the story it is telling: how tradition and stories can be manipulated according to the point of view from which they are narrated.

Background information on The Sea Beast

How many of the stories we know are true? The commonplace (and no less valid for that) tends to emphasize that the story is told by the victorious, those who in many cases are the only ones left standing or have the financial resources to be able to tell. That is the idea that The Sea Beast wants to put forward, suggesting that, in essence, the main threat against humanity is not another species, but it’s own.

That idea is planted in the story by an orphaned Afro-descendant girl named Maisie Brumble, played by Zaris-Angel Hator. More than a detail of inclusion, and representativeness, it is a declaration of principles: she represents so many generations abandoned at sea, marginalized, and discriminated against, by those who have built (written) that story made into a book with which she grew up and with which he was fascinated Her journey, in moments, is the one that adults go through through the years: discovering how much myth there is in the ideas presented as truths.

His counterweight, a white, traditional man, clinging to that tradition that fascinates her, serves to polarize the story. But without them confronting each other. They are not adversaries. On the contrary, they serve themselves as mirrors to recognize themselves and try to break with the tradition to which they belong. In the case of the man, Jacob Holland, played by Karl Urban ( Thor: Ragnarok ), it is about his way of life, one that the girl contradicts. 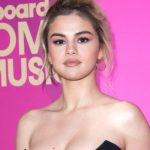 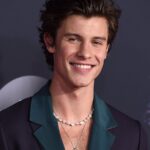 Shawn Mendes is taking time off to focus on his mental health. He has been on the road since he was a teenager
Leave a comment Leave a comment