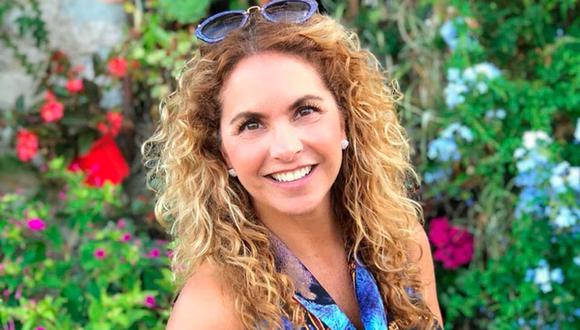 Lucero is one of the most beloved singers and actresses in Mexico . The ‘Bride of America’ began her career as a child, with participation in soap operas, television programs, movies and theater, while dedicating herself to music. Undoubtedly, behind his back he has an enviable artistic career, in addition, he enjoys the affection of the public.

At the age of 51, Lucero today lives a period of fulfillment on a personal level despite having divorced Manuel Mijares , the father of her two children, after 14 years of marriage. The interpreter decided to give herself a new chance in love and so far, this most recent chapter is pure light.

Officially, Lucero has been in a romantic relationship with businessman Michel Kuri since 2012, although a year earlier it was already rumored that there was more than just a friendship between the two.

LUCERO: MICHEL KURI, WHO IS THE EX-WIFE OF THE CURRENT BOYFRIEND OF ‘THE BRIDE OF AMERICA’?

Michel Kuri is Lucero’s new romantic partner , who is currently a jury member of the program “El Retardor” with his ex-husband Manuel Mijares. The 51-year-old singer and actress has been characterized by being very reserved with her romantic life, but her loyal followers are always on the lookout for every detail of her life.

According to Mexican entertainment media, Michel Kuri is a businessman who usually keeps most of the details of his private life away from the cameras; However, Kuri does not hesitate to share some details about her intimate life from time to time.

Through social networks and some interviews he has given, the businessman has revealed some aspects of his personal life, for example, he has proven to be a fan of hunting and likes to go fishing.

Michel Kuri is a highly recognized businessman, as he is the nephew of the richest man in Mexico and one of the richest in the world, he is Carlos Slim.

Another fact about Michel Kuri is that he is of Lebanese origin and is a man divorced, like Lucero, from a first marriage.

This point aroused the curiosity of many and they questioned who is the woman with whom the businessman was in love before Lucero. Her name is Ana Paula O’Farril, former wife of Michel Kuri, with whom she had three children, Ana Paula Kuri, Michel Kuri Jr. and Santiago Kuri.

It should be noted that Lucero and Manuel Mijares are jurors of “El Retador”, a reality show on Televisa that combines three disciplines: dance, singing and imitation. Together with Itatí Cantoral, they will be in charge of choosing the winners in this fun and complicated competition.

The conduction of “El Retador” will be in charge of Consuelo Duval, who with her charisma and humor will reach audiences throughout Mexico and Latin America.

THE TIPS AND SECRETS OF LUCERO TO LOOK YOUNG

Lucero has a weekly podcast where he tells various anecdotes of his artistic career, as well as his personal life. One of them was titled “Tips and secrets to take care of myself and feel good . “

The first piece of advice that Lucero has for people looking to have a body like hers is that they can’t wait for things to come by themselves, so she recommended declaring the chair the enemy to defeat . “What they like, walking, doing different routines, doing weights, whatever they like is wonderful,” he said.

“The Bride of America” advised his followers to carry out activities that keep them in constant motion , and gave as an example that instead of taking an elevator, it is better to choose to climb the stairs. “One day go for a walk in the park and another day why not go to a museum,” added the Mexican artist.

Another of his advice is that the exercises should be varied , since he considers that the routine stops being effective over time. The interpreter of “I only think about you” also said that she likes to practice yoga and follow the routines of youtuber Fausto Murrillo .

Lucero confessed that he does not have a strict regime to count calories , because over time he has learned to listen to his body, which does not prevent him from eating something he likes, such as a hamburger or sweet things.

In addition, he pointed out that not all people can serve the same diet, so he asked his followers to learn from their own bodies to know what they can eat and what not. Finally, the actress said that the most important thing is that everyone understands that they should do what makes them feel good.

THE RELATIONSHIP OF LUCERO AND MIJARES IN “EL RETADOR”

It was Lucero herself   who was in charge of sharing a preview of the program in which she will be in the company of  Manuel Mijares and  Itatí Cantoral , as the judges of the competition and, in addition, will have the participation of the actress  Consuelo Duval , who will be in charge the host of the program and the influencer  Juan Bertheau , who will play the role of “The Informant.”

In the trailer,  ‘ America’s Bride ‘  reveals that the show will premiere on August 15 at 8:30 PM, through the Las Estrellas signal. Also, you can see how the show and competition of singing, dancing and imitation will develop.

But not only that, the video also shows what the relationship between the ex-husbands will be like. According to the images, you can see the great dumbbell that Lucero makes with  Mijares ; but, also, it shows that they will not always agree. In the clip there is a fragment in which the interpreter of “The privilege of loving” says:  “That’s why I left her . ” In what context did he say it?

HOW LUCERO AND MIJARES GOT TO “EL RETADOR”

Rubén Galindo, producer of the reality show, revealed how he managed to convince Lucero and Mijares to be part of “The challenger.”

“We had invited Lucero and we were looking for a very interesting panel and suddenly we came up with Mirajes. We thought it was a great idea to see them together, as a civilized family and I think it will also be very funny, very entertaining and edifying, even for their children, ” said Galindo.

According to the television creative, Lucero reacted  “delighted”  to the proposal to work with Mijares and he got used to the idea  “little by little” .

“We raised this idea with Lucero, he told us he loved it. Then we looked for Manuel and convinced him little by little to come ” , he assured. Later, Itatí Cantoral joined the project as a third judge and Consuelo Duval was chosen to debut as a television host.

“We wanted to see fresh faces driving and someone who could be funny, with a prior affection from the public and a mental agility that people who have done comedy have. So we talked to Consuelo, she told us that she was that person and that she wanted to be in The Challenger, ” said Rubén Galindo. 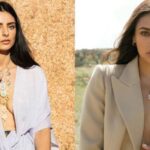 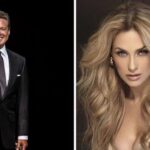