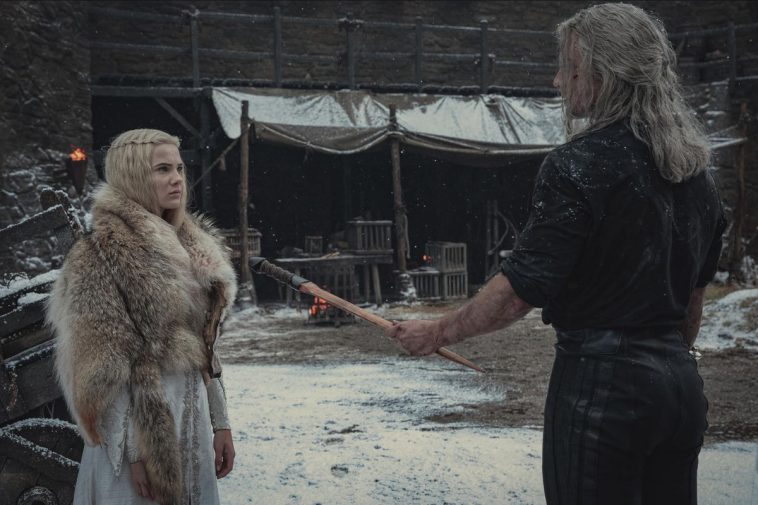 The Witcher 2: they release the surprise trailer, with Henry Cavill

Is the end of time coming? According to what is seen in the trailer for the next season of The Witcher, a 180 degree turn will occur. Based on the stories of Andrzej Sapkowski, the new installment will bring a rematch between monsters. And what better date to announce it than in the middle of Halloween? The new trailer was released a few hours ago and shows some of the new enemies (and possible allies) that Geralt, Ciri, and Yennefer will have to face.

During a panel discussion held at the Convention Comics & Games Lucca, Italy, the director of The Witcher, Lauren Schmidt Hissrich, members of the cast Joey Batey (Dandelion) and Kim Bodnia (Vesemir), production designer Andrew Laws, and costume designer Lucinda Wright, delighted fans with a surprise release of the highly anticipated trailer, plus the main images from the show’s second season.

The story of The Witcher follows the warlock Geralt (Henry Cavill), a mutated monster hunter, who struggles to find his place in a world where people are often eviler than beasts. Despite the success of the first season, the series’ reviews were not the best. That is why this first preview makes us foresee that this production comes with a stronger bet than the previous one, to make sure that the fans put it back as the most viewed on the platform.

Based on the previews that were seen earlier this year in her own WitcherCon – with the developer of the Witcher video game series – CD Projekt Red, it looks like young Ciri (Freya Allan) takes her first steps in training. to be the next monster hunter in the legendary warlock haven of Kaer Morhen. Furthermore, it also focuses on a broader conflict across the continent that threatens to plunge the world into a war between empires, and perhaps even reunite Geralt with the mysterious Yennefer of Vengerberg (Anya Chalotra).

This renewal will give much to talk about, especially for the leading role of Cavill as Geralt of Rivia, who will face his enemies without qualms. In fact, this season’s trailer shows that there are enough fights and monsters. So, if you are determined to see the second installment … SPOILER ALERT!

Geralt will fight against half a dozen new enemies, unknown to himself. However, in this trailer for the second season, there is more than just a fight against monsters. It also gives us a look at Yennefer’s situation after the events of the first season. Most importantly, the preview reminds us that Geralt is training Ciri, back to Kaer Morhen. She may not only have enough potential to be a witch, but she turns out to be more powerful than anyone can imagine.

The second season premieres globally on Netflix on Friday, December 17.