The wait is over. The third and final season of Luis Miguel has just been released, the series, which covered the life of the Mexican idol, from his childhood to the present, in the interpretation of Diego Boneta. In this new installment, we will see how the love of the singer Mariah Carey (British actress Jade Ewen) impacted his life, the financial problems that the singer went through, and the possibility of making a series of his.

According to what was shown in the trailer, Marcela Basteri, and Luisito Rey, Luis Miguel’s parents (as flashbacks) will appear again, as if to give a definitive closure to those links. Like these, many other stories will have their well-deserved ending.

An interview with Diego Boneta and Jade Ewen about what will be seen in this long-awaited final season.

—Diego, how are you living this final goodbye to Luis Miguel after this five-year process linked to this character?

—Many mixed feelings, mainly with immense gratitude because it is a series that has given us so much, has given me so much, every time I am more and more surprised. I am so happy and so proud of the work of these three seasons, of the teamwork, and I emphasize that word because it is a team that became a family throughout this time. This is my favorite season, it is the riskiest in every way: narratively, but also acting due to the challenge of coming out as Luis Miguel at almost 50 years of age. It’s the hardest thing I’ve ever done in my career by far.

—And the love story of Mariah Carey is also incorporated …

-That’s how it is! Mariah’s side. I think it is a relationship that has not been seen because Mariah is the dominant one, so to speak, and more for the fact of being an artist on a global level. It is as if certain dynamics had not been seen, and with this third season we said: “You have to break with everything that the public expects, you have to do the opposite, you have to take risks.” And I love that.

—Diego, if you had to choose the song that most marked you by Luis Miguel, what would it be?

—The one that I enjoyed the most this season, which you could already see in the trailer, is the song by La Bikina. When they see the series they will understand why. It is a very, very emotional moment, very charged. And there is another song that I dedicate to Mariah, but that one is not out yet: I don’t want to spoil it but I love it.

—You have come to Argentina many times. What do you like the most about our country? Football, landscapes, food, meat, barbecue …

—I think first, the people. The last times I have been they have received me with a warmth that I cannot believe. I love ice cream, I love food, soccer too. But I think above all, the people. I would love to work there.

—Jade, did you know Luis Miguel before this series? His songs, his music.

—I was not familiar with Luis Miguel. But I did my own research and realized that I was a huge star. I watched the first two seasons and absolutely loved them. And when I decided to audition for the series, and had already seen the first two episodes, I said to myself: “I want to be part of a project like this.” The talent is incredible, the script. And besides, there were musicians who knew how to act. Diego knows how to sing and other characters too.

—Do you think Luis Miguel was the great love of Mariah’s life?

Jade Ewen: —I think she was the great love of his life, but I don’t think he was the great love of hers. Unfortunately, there is not much information about this relationship, it is very private. But the impression that I have is that at that time they had an immense connection that they shared, they had to understand that they were both great stars, Mariah came from a long relationship with her ex-husband, she loved how passionate he was, his charm when he was with her and they shared a glamorous lifestyle.

Boneta: —It is the first time that Luis Miguel has dated a global star. Luis Miguel is a huge star for us but Mariah is global and what that means in the relationship. The struggle between egos and the competition between them. Because that conflict is very interesting.

Jade Ewen: —On the one hand, she wanted to help him and give him opportunities, but there was always this battle of egos. And I think Luis Miguel had a battle with his own masculinity.

—Diego, what was the Luis Miguel that was the hardest for you to interpret? The young, the middle-aged …

—The most difficult thing I have done in my entire career is to get out of Luis Miguel at 50 years old: from being in a chair for six hours a day, the whole process of gaining weight, having your tickets shaved, and especially prosthetics … . It’s hard. I remember ending those days totally drained because emotionally it was so heavy and so strong, and psychologically too: those scenes … It’s the hardest thing I’ve ever done. 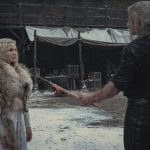 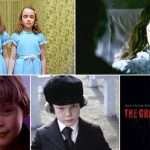