The books written by  George RR Martín  describe details and important characters that are omitted in the HBO series, know here what they are and their real importance on the way to the Iron Throne .

The saga of books “A song of ice and fire ” written by George RR Martin became one of the most successful series of HBO and television worldwide, since its launch in 2011.

However, the Game of Thrones brought to the screens has notable and controversial been different in the structure of its characters, physical appearance and stories, reaching a compilation of the most important disagreements in the characterizations of the Stark, Lannister, Baratheon. Targaryen and other large houses that seek to seize the Iron Throne of Westeros.

1. The appearance of Daario Naharis 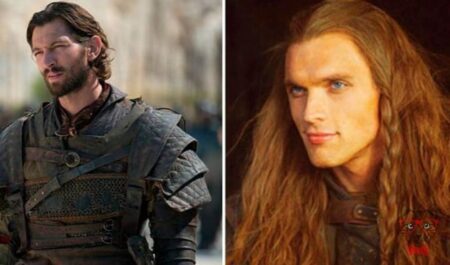 One of Daenerys Targaryen’s generals. besides being her lover. He is mentioned for the first time in the third book of the saga with an extravagant appearance, according to the tradition of Tyrosh. He wears blue-dyed hair, with moustaches and a beard divided into three parts. It also has a gold tooth.

In the HBO series, Daario Naharis has a more neat and less striking appearance. It retains the same personality as in books, polite, bold and presumptuous. Also, in the saga it is outlined as an unscrupulous mercenary, while on television vaguely follows a code of honor.

2. The age of Missandei 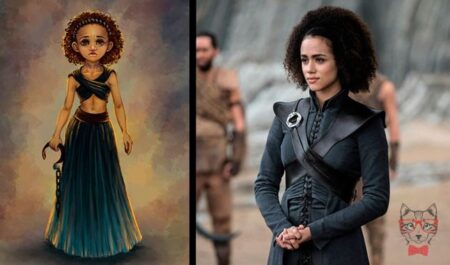 This character serves as a damsel and translator of  Daenerys Targaryen. It appears in “Storm of Swords”. being described by George RR Martin as a 10-year-old girl with dark skin, round face and golden eyes.

Missandei appears in the third season of the series, played by actress Nathalie Emmanuel. and with an average of 25 years.

Also, in the Game of Thrones books it is mentioned that Missandei has three brothers belonging to the Immaculate, Marselen  and  Mossador (the third died during training).

In the Game of Thrones series, references to his brothers are omitted and a romantic relationship is created with Gray Worm [Jacob Anderson]. the commander.

3. Jorah Mormont is the “Black Bear” 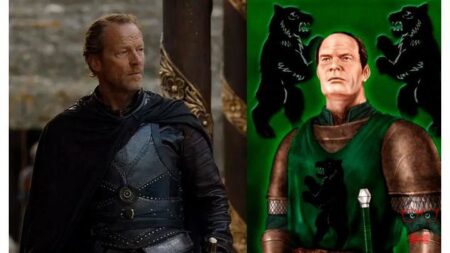 He appears in the first book ” Game of Thrones ” in the chapters dedicated to Daenerys Targaryen. Being tall, bald with a wide neck and men. He has abundant black hair on his chest and arms. His nickname “Bear Black”, in addition to his appearance has to do with the house to which he belongs, Jorah Mormont is the son of Lord Jeor Mormont. Lord of the Bear Island and head of the Mormont House.

In the series, actor Iain Glen plays Jorah Mormont. He is blond, thin and much older than described in the books. 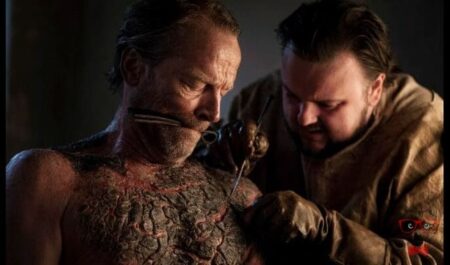 It affects the skin making it hard, cracked and dead. Up to six characters with psoriagris are mentioned in the books. However, in the television series these are reduced to two, one of them Princess Shireen Baratheon, only daughter of King Stannis Baratheon.

In the fifth season of the series, Jorah Mormont contracts psoriagris, something that does not happen in the books. At this point the producers of Game of Thrones combined the story of this character with one that appeared in the books called Jon Connington.

5. The death of Mance Rayder 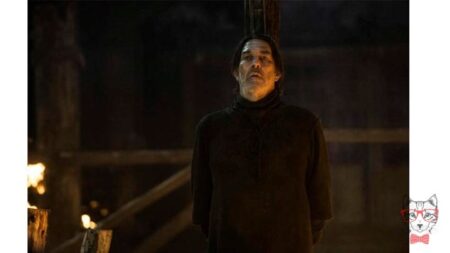 The so-called ” King Beyond the Wall ” appears in the third book ” Storm of Swords.” In fiction and in the HBO series  Mance Rayder is captured by King Stannis Baratheon. however, in the books the red priestess,  Melisandre of Asshai, saves him by exchanging his appearance with the other character called “Matraca House”  or “ The Lord of Bones. ”While on TV, Mance Rayder dies burned at the stake by order of Stannis. 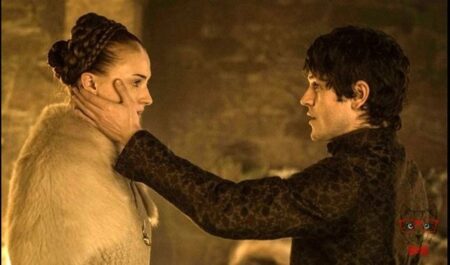 The marriage of Lord Eddard Stark’s daughter to Lord Ramsay Bolton, Lord of Hornwood and Lord of Winterfell, occurred in the third episode of the fifth season of  Game of Thrones, entitled High Sparrow, is an event that only presents in the series.

In the books, Ramsay Bolton marries Jeyne Poole, daughter of the Butler of the Winterfell fortress, Vayon Poole.

It was also learned through the producers of Game of Throne. that Sansa Stark’s wedding in the series came about to make the character grow, because in the books his appearances were much smaller. His link is one of the most violent scenes, being raped by Ramsey in the presence of Theon Greyjoy, who has known Sansa since childhood.

7. The relationship between Sansa and Littlefinger 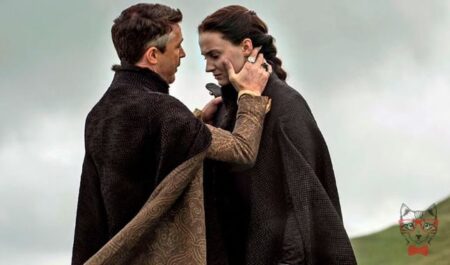 Lord Petyr Baelish. also known as Littlefinger. seems to handle Sansa Stark’s fate in books and in the series to some extent, leading her to the Arryn Valley. In the sixth book ” Winds of Winter “, Sansa is presented as the bastard daughter of Littlefinger, and called Alayne Piedra. In the HBO series. he is said to be his niece.

Also, a few chapters later Lord Petyr Baelish. seems to have a romantic interest in Sansa and even plays with the idea of ​​marrying her. In the books the story is different and Littlefinger plans to marry her with Sir Harrold Hardyng. better known as  Harry the Heir or the Young Falcon,  a character that does not appear in the series.

8. The Tyrell house, lords of Altojardin 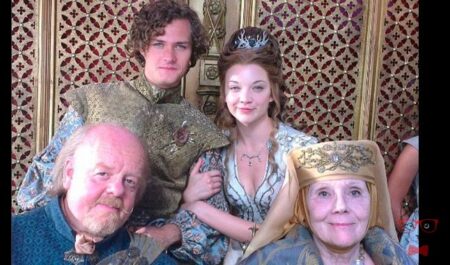 One of the most powerful noble families of the Seven Kingdoms. The brothers Loras Tyrell and Margaery Tyrell belong to this house. being run by their grandmother Olenna Redwyne.

In the last seasons of the Game of Thrones series. all members of the Tyrell house die. However, two books are still mentioned in the books: Willas Tyrell, eldest son of Lord Mace Tyrell and heir to Altojardin; with his brother Garlan Tyrell known as Garlan the Galante.

9. The violet eyes of the Targaryen 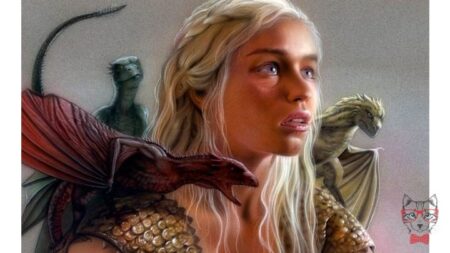 The members of the Targaryen house show themselves with distinctive physical features that highlight their strange beauty, platinum or silver blond hair and violet, lilac or indigo eyes.

In the series, the color of blonde hair is respected, but not that of the eyes. Daenerys Targaryen. played by actress Emilia Clarke. owns blue eyes.

10. The bells of Khal Drogo 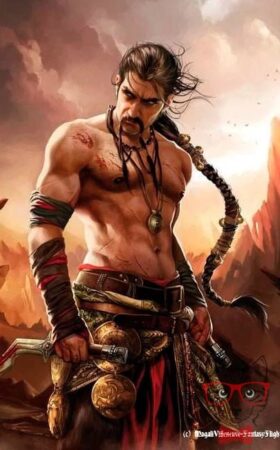 Daenerys Targaryen’s husband is described in the saga of books “A Song of Ice and Fire”. as a Dothraki boss with an impressive appearance in height and bulk. With long, braided hair that reaches her thighs. Something that is also respected in the series of. the only difference being small bells that it carries in the braid and would symbolize every victory that it had achieved, detail that is omitted on TV.