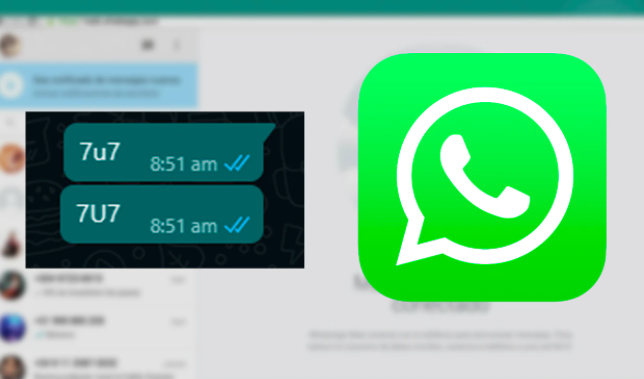 There are three possible ways to interpret this WhatsApp face. Photo: The Republic

WhatsApp offers a wide variety of well-represented emojis and stickers to express hundreds of ideas; however, many people choose to use traditional letter and number combinations that generate another arsenal of symbols. Not everyone knows how to correctly interpret these occurrences and a great example is 7u7 which, like the UwU emoticon, raises questions on social networks.

Remember that before emojis existed, to show your emotions in a chat you had to combine the letters and signs of the keyboard in a creative way. In this way, endless combinations were devised that covered all possible feelings. Thus was born the 7u7 and its various interpretations.

What is the meaning of 7u7 in WhatsApp?

On WhatsApp, when a contact sends you a message that includes 7u7, the first choice of meaning is sarcasm. That is, your friend is responding to something you said ironic, even mocking. How weird! To see it that way, you would have to visualize the symbol as a face, where the 7s act as the eyes and the ‘u’ as a mouth. The expression you get as a result can be seen as mischievous.

It is for this reason that the second meaning of this icon tends to be more adult in nature. Be careful, as other users interpret sending a 7u7 as an invitation to perform obscene activities. According to the iProfessional website, many uses 7u7 together to embellish loaded phrases like “Let’s go to bed” or “We’ll be here in the dark.”

However, the third way to read the letter combination is more innocent. To understand it, you must imagine that the letters 7 form a kind of eye with a tear, while the letter u would be, again, the mouth.

What do you think about it? Now it was clear how to use this little face? Do not forget to always pay attention to the context, because sometimes you may get the innocent version of 7u7, and other times, it may not.

WhatsApp, one of the most popular instant messaging applications, has a series of tools designed to facilitate the exchange of messages with our friends and family. Among so many recent updates such as, for example, the speed of the audios, the messages that self-destruct, the expiration period of seven days for some chats, the statuses, it is possible that you have forgotten the basics.

WhatsApp: do you want to send animated stickers to your friends?

WhatsApp continues to cause a sensation in social networks, after unveiling a new ‘secret trick’ that the creators of the platform hid in their most recent update. These are animated stickers, which you can now send to your friends with these simple steps from an Android smartphone or iPhone.

The animated stickers appeared on WhatsApp in early June. This generated a lot of excitement among thousands of people because it means a new way of interacting between contacts, making the chats more fun due to the moving stickers.

If for some reason you deleted one conversation on WhatsApp with photos and video very important, then you have to know that there is a simple trick that lets you recover. Next, we are going to show you how.

The trick secret that few people know only works if the user of WhatsApp made a backup of the application of instant messaging. If you meet this requirement, feel free to review this video for more details.

Believe it or not, there is a secret trick of WhatsApp, that few users know, that allows you to hide the online and the writing to your friends who have you as a contact in the instant messaging application.

WhatsApp will have reactions to chat messages

With a large number of users around the world, WhatsApp is the most popular messaging service on the planet. Therefore, the platform continues to be updated with new functions that improve the user experience. According to the latest report, the app is already working on the reactions to chat messages, images, and files.

As on previous occasions, WaBetaInfo is the medium that has reported the news that will soon be able to be tested by WhatsApp users in the beta program. Precisely, the specialized portal has managed to capture a message that indicates “you have received a reaction.”

Few WhatsApp users know that the application allows you to bold, italicize, and underline certain texts, in order to highlight these messages and that in this way the other person knows that they are important.

How to convert WhatsApp audios into text messages

Thousands of users have been surprised to learn that there is a secret method that allows us to convert the audios they send us to WhatsApp into text messages. This great trick can be of great help to us when we are in class or in a work meeting and we cannot reproduce the voice notes that come to us.

For those users who want to know the content of voice messages without having to listen to them. We explain the incredible trick that you must apply to transcribe to text what they have sent us to WhatsApp in a simple and freeway.

How to put videos in your statuses?

If you usually share WhatsApp statuses, but only publish photos, then you will be interested to know that there is a secret trick with which you can post small videos that will be visible for 24 hours, then they will be automatically deleted.

If you want to know this secret trick and leave all your WhatsApp contacts speechless, then all you have to do is follow the steps shown in the following video, which has thousands of views on YouTube.

Although the mobile phone market is currently dominated by Dual SIM phones. This does not imply that necessarily with this feature we can use WhatsApp with two different phone numbers. To solve this problem we can resort to a trick that is quite simple. 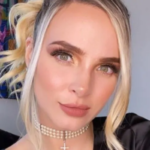 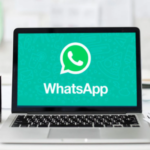