In the latest trailer of Assassin’s Creed Odyssey presented by Ubisoft we can see the Oracle reciting the prophecy for Kassandra and Alexios.

Assassin’s Creed Odyssey is about to arrive (October 5) and we were able to play it for 6 hours, bringing you our complete impressions. Now it is Ubisoft who makes a new movement, showing a new trailer dubbed into Castilian where we will see Kassandra and Alexios receive his prophecy.

“The Gods have spoken”

In the latest trailer of Assassin’s Creed Odyssey we can see new cinematic images of the game, starring both Kassandra and Alexios. In the background, the Oracle recites the prophecy of the Gods and yet what we see on the screen is precisely the opposite of what the divine words stipulated.

Starting a new adventure in the world of Assassin’s Creed, we will be placed in the context of ancient Greece to face dangers, leave the home to the unknown and face numerous battles to fight for our beliefs. This is what we see in the new video shown, where both protagonists change from one scene to another to remind us at all times that it is in our power to choose who will be our heroine or our hero. In addition, we can enjoy the stages recreated in detail, set in the time of the game with imposing temples, impressive statues and an environment that we are willing to explore.

We remember that a system of decisions and romance will be included for the first time in the saga, being of great relevance to update the franchise and offering a new prism through which to observe and play the next adventure of Assassin’s Creed. 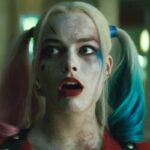 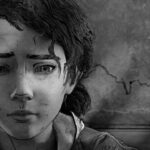