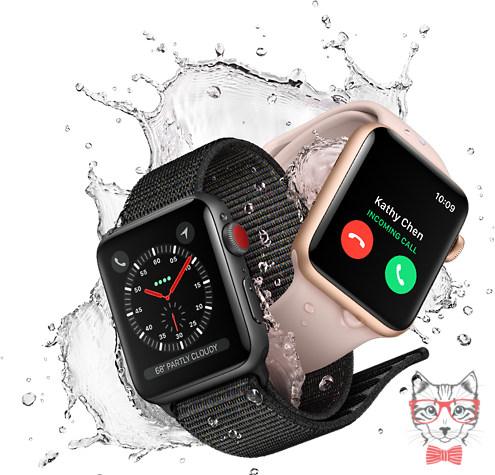 There's an Apple Watch for everyone. Choose yours.©apple.com

The Apple Watch fights against itself. It is no longer a novelty, it still has no camera but it starts to make calls and gain some autonomy. After three days with the new model (trying to make it as unnoticeable as possible because it is a loan under embargo) we have noticed a notable improvement, but we would have liked more to have the 4G version.

The external difference between the two models is in the crown. In the case of the 4G model has a striking red dot. That point means freedom, to be able to go running and spend the day without the mobile, to consult an address or listen to music, to consult anything with Siri without having the iPhone within the range of the same network.

In the United States comes with both versions. In Spain, until you close an agreement with the telephone operators, you can not buy this model. The Apple Watch does not have a SIM card inside, this would prevent the current size, but it has a chip inside that works as a virtual card, which in slang is called eSIM. It allows you to supply the mobile number when connecting to the network, but is not physically inside. Apple has already tested this with iPads, which allow you to change operators and acquire the plan that most fit without tying a contract. This time they do not seek to generate customers eager for offers, but a stable connection to make use of innovation. The arrival of this option, which is the one that truly makes a difference, gives meaning to the purchase.
Apple has accompanied the arrival of the series 3 with a collection of additional bracelets, one of its additional revenue niches. The sporty, velcro, and ultralight, is designed to take better pulse, get wet and live situations a little more demanding than the delicate (and expensive) Hermes.

Is it worth changing your watch every year? Apple would be delighted if it were so. In fact, it is already the largest watch manufacturer in the world. Above Rolex, Cartier or Fossil. But the jump does not justify the purchase. As often happens with clocks, the perception of improvement is if you leave one generation in the middle. So that whoever gets his first watch or has the first model, yes, it’s worth it. You can get into the water without fear, endure more than a day and Siri is more practical. Gain leadership. Siri is asked about time and answers. Before it was limited to open the application on screen with the result. Apple wants the voice commands to gain more and more relevance and lose the screen. Your HomePod speaker is an even more radical step in this line. The new processor is the one that allows Siri to have this ability to support questions and answers in real time.

This new version sees more uses. It opens the door to new experiences whose execution is left to the audacity and creativity of the developers. As much as Apple creates new hardware, without a breakthrough application that makes sense to purchase, it will not be as popular as smartphones.

Health and sport are still the aspect in which Apple puts the accent. Now, these watches recognize more sports and make a better estimate of calorie consumption and effort. The device, as it knows its owner, fits better. You know, for example, if you do crossfit or the, so fashionable in the USA, high intensity interval training (HIIT). Thanks to the altimeter, which was not in the previous versions, it will measure the elevation in exits by bicycle, walks in the field or a race.

The idea of ​​overcoming and improving is a constant, so much so that a virtual coach encourages to overcome goals. Each month, according to evolution, the clock will put the amount of exercise appropriate.

The pulse measurement is more accurate and, another novelty, measures the recovery. It not only takes into account the pulsations when an effort is made, but also the time it takes to return to normal. Also, advise if they perceive any arrhythmia at rest or signs of problems. Although this aspect, important as well as delicate, has counted Apple with caution, not to generate false expectations.

The battery, one of the big flaws that had this watch, improves. Now it lasts more than a day, but not like to go a weekend without a charger. Unlike Fitbit, which offers fewer options but solves nicely the social aspect and measurement of sleep, it is still difficult to sleep with the clock. The shower in the morning is not enough time to recover the autonomy.

The purchase makes sense especially for those who do not have an Apple Watch or for those who had the initial version, who could not get wet and was more delicate. 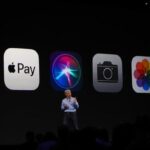 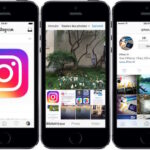