Mexico. Sara Maldonado, an actress from Xalapa, Veracruz , Mexico, shared on Instagram days ago that she would undergo surgery to improve some aspects of her physique and she already succeeded.

Through Instagram Sara shares an image in which she looks how she was, after having undergone a medical procedure and looks spectacular, so her followers are amazed by her radical physical change.

Sara, 41 years old, and who has participated in soap operas such as The Game of Life, World of Beasts and Las malcriadas, put herself in the hands of a professional surgeon to have her breast implants removed and liposculpture done.

The Veracruz actress publishes on Instagram some images in which you can see how she was with her new image, and at the moment she does not write any text about how she feels, she only adds some emoticons.

Sara Maldonado has a new physical appearance and shows it to her fans on Instagram. Instagram photo

And in the same social network, Sara has shared photographs in which she is seen receiving massages and how her recovery process has been, after having been in the operating room.

His fans have not stopped letting him know through comments that he looks spectacular and they are happy that everything has gone well, after the “arrangements” that were made, and they ask him to show more images to see the results.

At the end of the 90s, Sara became known in the world of beauty pageants and won as El cara de El Heraldo de México, then she made her debut as an actress and starred in the Mexican telenovela The game of life, along with Valentino Lanús.

From then on Sara began to appear in the Mexican show business and continued to intervene in other soap opera productions that gave her fame and popularity in Mexico and other countries. 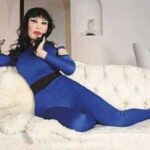 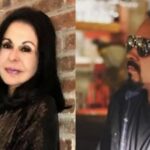