Nostalgia is in fashion and Netflix knows it very well with the new version of “Rebelde”, which appeals to the elements of those who grew up with the telenovela of the early 2000s; And, although it was released relatively recently, the streaming giant has already confirmed that it will have a second season and that it will have a special participation.

The new version of “Rebelde” had divided comments, between those who suggest that the series is a marvel and those who say that it does not do justice to the original version; but, even with this, Netflix confirmed a second season during a digital event that was broadcast on YouTube.

The show was presented by the influencer “La Divasa”, in the event called “We are all Rebelde”, and featured the participation of the main cast of the series: Azul Guaita, Andrea Chaparro, Giovanna Grigio, Alejandro Puente, Franco Masini and Lizeth Selene. It is necessary to point out that Sergio Meyer Mori and Jerónimo Cantillo, who play Esteban Torres and Guillermo “Dixon” Álvarez, were absent.

“We are going to have a second season!” The cast of the series “Rebelde” announced by surprise at the Venezuelan influencer’s digital event.

The Netflix series presents a “new generation of rebels”, and arrived on the platform in 2022, specifically: on January 5, with a total of 8 episodes and which is based on the Televisa youth soap opera that triumphed in 2004.

WHAT IS “REBELDE” ABOUT?

In this reinvention of “Rebel”, he focuses on the battle of the gangs, a competition in which all the students of the exclusive school participate, without imagining that, like them, an old enemy returns: the Lodge.

Under the direction of Celina Ferrer, the school seeks to stay on its feet and prevent students from being harmed by hazing, a ceremony that, for 18 years, had not occurred and that appears to be tormenting first-years. 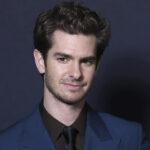 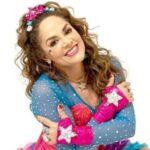