Kim Kardashian was photographed heading to a meeting with friends inside an exclusive restaurant in Southern California.

Paparazzi photographed her arriving in her luxurious white Lamborghini Urus, valued at $600,000.

She posed for the cameras dressed in a black leather Balenciaga catsuit that she wore braless and helped define her well-worked figure and the small waist she managed to achieve after losing more than seven kilos.

The look consisted of a long-sleeved catsuit with a revealing V-neckline and high lapel. The cut of the legs was camouflaged with a pair of long stiletto boots.

She added a black crocodile embossed Balenciaga tote bag and a pair of wide sunglasses.

She showed off her outstanding beauty with makeup in light tones, nude lipstick, slightly pink blush, and a uniform base layer to the rest of her skin, in addition to brown shadows on the eyelids that could be seen through the edges of the glasses and the characteristic contouring .

Meanwhile, her platinum blonde hair was parted in the middle and slightly wavy locks on her shoulders.

Her public appearance comes after enjoying a paradisiacal vacation in Tahiti, French Polynesia, with her boyfriend Pete Davidson.

The star couple vacationed on the virgin beaches of the island and on social networks Kim was in charge of sharing some details, such as her kayaking, paddle boarding, sunbathing, and having fun on the seashore.

“Beach for two”, wrote the businesswoman in a photo reel where she wore a two-piece swimsuit and luxury accessories.

In another post, she posed with the 28-year-old comedian in the water and did impromptu photo shoots on surfboards. “Stranded”, she wrote under the images.

A source told E! News that Kim and Pete had gone to Marlon Brando’s Island aboard Kim’s private jet.

According to a confession from Kim made in The Kardashians about the relationship that began with Pete last November, after his debut on Saturday Night Live, the businesswoman expressed her happiness to walk with the presenter.

“Pete has to be the best human being I have ever met. Like the best heart. People will always say, ‘Oh, he’s so funny,’ and he has to do with how funny he is. It’s like fourth on my list of why I like it,” she said.

In the middle of her vacation, Kim drew media attention for allegedly damaging the classic Marilyn Monroe dress she wore to the 2022 Met Gala.

Through social networks, photos of the dress were virtualized before and after Kim visited it. The photos showed that the dress had suffered damage to the closure and had lost several Swarovski stones embedded in the back.

Ripley’s Believe It or Not!, which has owned the design since 2016, said in a statement that the garment had not been damaged as it was released with the images and that, instead, the tears in the photos were made before Kim borrowed it.

“The fact is that [Kardashian] did not damage the garment in any way in the short period it was worn to the Met Gala,” the statement read.

“From the bottom of the steps at the Met, where Kim put the dress on, to the top where it was returned, the dress was in the same condition it started in,” Ripley’s representatives emphasized. 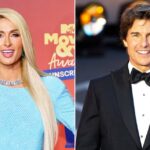 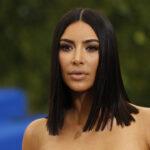