Kim Kardashian did not damage Marilyn Monroe ‘s nude ‘ dress while wearing it to the 2022 Met Gala runway, Ripley’s Believe it or not! institute determined, according to a statement.

“Kim Kardashian’s walk down the steps of the Metropolitan Museum at this year’s Met Gala caused quite a stir, but one thing is Ripley’s Believe It or Not! I can say with confidence that she did not damage Marilyn Monroe ‘s famous ‘Happy Birthday’ dress from 1962.”

Ripley recalled that she purchased this dress in 2016, at a Julien’s Auction, where the iconic garment fetched a value of $4.8 million.

After the acquisition, in 2017, the institute made a written report on the state of the dress, where it was explained that the garment had “ several seams are stretched and worn. This is not surprising given how delicate the material is. There are creases on the back from the hooks,” among other damage.

It is a custom-made piece, whose preparation framed the figure of Marilyn Monroe and made her look as if she were almost naked, due to its super tight structure to the body and the nude color, decorated with Swarowski crystals. 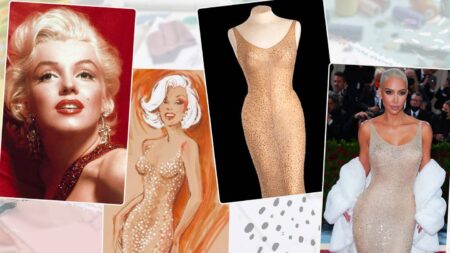 This ‘ nude ‘ dress was commissioned by Marilyn Monroe by French designer Jean-Louis, and the sketch was created by designer Bob Mackie in 1962. At the time, the actress paid $1,440 for the garment. The original design had 2,500 crystals.

Marilyn only wore this dress for a few hours, to sing happy birthday to President John F. Kennedy, in 1962. In May 2022, the socialite and businesswoman Kim Kardashian took it for a walk at the Met gala.

“As a private company, Ripley has displayed the historic dress at several of its attractions around the world. The company understands the risks associated with this, but Ripley’s Believe It or Not! has been collecting remarkable pop culture memorabilia, historical items, and incredible artifacts for over 100 years. Our mission is to entertain and educate visitors and fans, and spark conversations just like Marilyn Monroe’s dress speech does,” said Thursday’s statement.

Ripley acknowledged that the decision to have Kim Kardashian wear Monroe’s dress has been highly contested, “but the fact is that, in no way, did she damage the garment in the short time it was worn at the Met Gala.”

After she walked on the carpet,  Kim changed into a replica of the same dress.

“From the bottom of the steps at the Met, where Kim put the dress on, to the top where she had it changed, the dress was in the same condition it started in,” said Ripley’s vice president of publishing and licensing, Amanda Joiner. 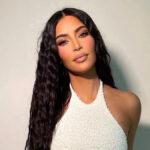 Kim Kardashian wears a leather catsuit next to her $600,000 car
Next Article 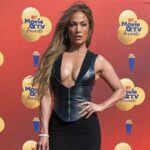