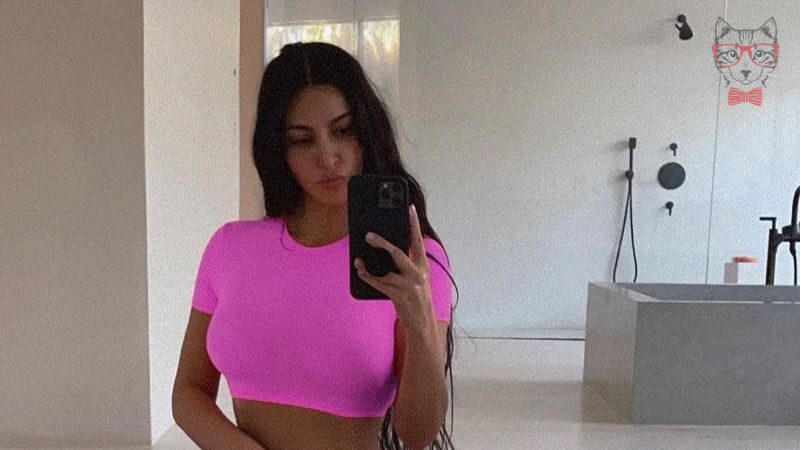 Reality star Kim Kardashian flaunted her figure in nothing but a pink thong. This occurs when with the latest photographs of her many fans have been concerned about her thinness.

The Keeping Up With the Kardashians star has raised concerns in recent days among her fans and her family that Kim may be thinking unclearly due to stress.

But despite the speculation and concerns, Kim Kardashian, 41, has kept up her usual social media glamour, most recently taking to Instagram on Thursday to share photos fin a neon pink bikini set.

The reality star was barefoot in her tan-tiled bathroom in a pink crop top and matching thongs. 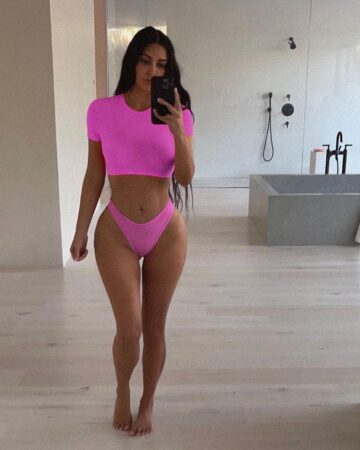 Kim showed off her perfectly flat tummy and curvaceous body in the deeply flattering bodysuit.

For the photo, Kim opted for a natural look with no makeup and wore her long, wavy dark hair down the back.

In a second snap, the beauty mogul crouched on the ground to get a closer look at the outfit.

The mother of four tagged her SKIMS clothing line in the caption with pink hearts.

Despite Kim’s body positivity, some have raised concerns about her slim figure.

The Hulu star admitted to having too tight a schedule to film the family’s reality show, study to become a lawyer, care for her four children, and maintain her seaside romance with Pete Davidson.

“Kim looks amazing, always, but she’s good at hiding how stressed out she is,” a source recently told The Sun.

“She is thinner than ever and hardly sleeps. Her family knows that much of this is due to her recovery from a very controlling marriage and her determination to show Kanye how much better off she is doing without him.

“But while she was incredibly healthy and well-rested before, she is now constantly jet-lagged and finding it difficult to adjust to training. I think Kim is struggling, but she won’t admit it.

“She juggles being a hands-on mom, her studies, the high-pressure filming schedule, and she’s always on the verge of Kanye raving again.

They closed: “She is having a great time with Pete, but the trip is taking its toll on her and she hardly sleeps. Everyone is worried that she’s exhausted.”

Kim recently bragged about losing 16 pounds in three weeks so she could wear the iconic Marilyn Monroe dress to the Met Gala.

Fans of the reality show watched this week as Kim revealed she was having “panic attacks” about what to wear after future ex-husband Kanye told her “career was over” and mocked her sense of style.

In an interview with sister Kourtney’s website Poosh, Kim revealed that her busy schedule was planned down to the last minute, waking up at 5:45 am and only going to bed at 11 pm.

“I’ll put my clothes away the night before so when I fall asleep I wake up at 5:53 instead of 5:45 and know my clothes are there,” the reality TV star explained.

Kim said that after a day of work and meetings, she is home to put the kids to bed.

“In a perfect world, I’d love to go to bed early, but since I’ve been studying for law school, I spend my nights reading. Most nights… I get the kids ready for bed, read the books, and put them to sleep. Then come back to study for me until around 11 pm.” 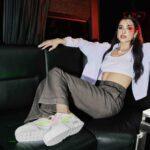 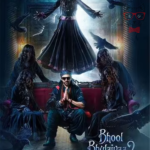