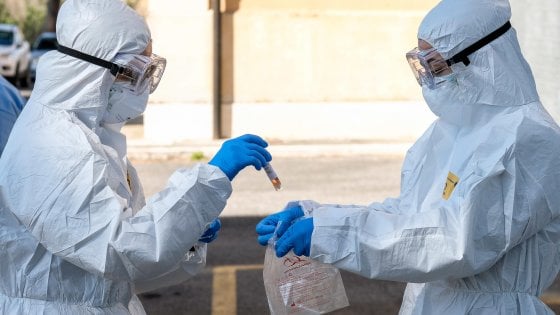 Coronavirus in Italy: infections, deaths and all the news on the situation

Phase 2 will be “coexistence with the virus”, and then “move on to phase 3 to exit the emergency and restore normalcy”. So the Prime Minister Giuseppe Conte after the signing of the new Dpcm , which extends the blockades until April 13 but with a prospect of waiting that extends to early May. Italy must resist to contain the epidemic, the premier insists: “If we give up now the efforts will have been in vain”. Friday’s CDM should also examine a decree with measures to end the school year that ended due to the coronavirus.

Some patients have already received the plasma of patients cured of the coronavirus who then developed the antibodies: thus experimentation with plasma therapy entered the Polyclinic of Pavia. The protocol was prepared by the San Matteo immunohematology and transfusion medicine service, in collaboration with other structures such as the Mantua ATS. The first two to donate were the doctors of Pieve Porto Morone (Pavia), husband and wife, the first cases of contagion from Covid-19 in the province of Pavia.

The total number of doctors who died from the Covid-19 epidemic reaches 69: two more white coats, learned from the National Federation of Medical Orders (Fnomceo), died from the infection. They are Gianpaolo Sbardolini, family doctor, and Marcello Cifola, otolaryngologist. Meanwhile, the union of hospital doctors Anaao-Assomed announces, the number of health workers infected has now exceeded 10,000 cases. About 20% are doctors. Many, says Anaao, are hospitalized in resuscitation.

Six medical brothers and sisters, part of a large family from Giaveno, in the province of Turin, are committed to the coronavirus front: they are Davide, Pietro, Emanuele, Barbara, Maria and Alessandra Tizzani. Father doctor, they are all specialized in first aid medicine (the family is made up of eleven siblings). The doctors work in the main hospitals of the Turin area, from Molinette to Giovanni Bosco to San Luigidi Orbassano.

The news was launched by the local weekly La Valsusa and immediately bounced on social media. “Behind masks and visors – writes the Valsusino magazine – there are young faces, all in the trenches, engaged in this grueling struggle against an invisible enemy”.

The first inmate who died in Italy from Covid-19 is a 76-year-old man. He had been arrested in 2018 for mafia-type association and was serving his sentence in prison in the Bologna prison of Dozza since August 2019. He had been hospitalized on March 26 due to various pathologies and also had breathing difficulties. He entered the hospital, therefore, not as a Covid-19 patient, however, he was subjected to a swab, resulting positive.

Also Read: Coronavirus, patients increase by 2,477 units, in percentage it is the lowest figure for a month. Still 760 deaths

“Do not waste any more time,” commented Antigone, “at least 10,000 other prisoners must be sent to house arrests, including those who have a short sentence and those who suffer from pathologies or are aged for whom an infection could be fatal”.

There are a total of 197 positive Covid-19 patients. Of these, 24 patients need respiratory support. Further resignations of asymptomatic patients are expected on the same day. “It is the medical bulletin issued by the national institute for infectious diseases, Lazzaro Spallanzani, of Rome.” this morning 180 – it reads – the trend of increasing the number of resignations in parallel with fewer positive patients continues significantly “.

“One to two weeks for index drop”

“We are in a phase of slowdown of cases but the descent will be slow: it will take a week or two to see the contagion index R with zero below the value 1 and therefore witness a clear drop in cases,” said the virologist of the University of Milan Fabrizio Pregliasco at Rainews24. However, “as long as there is no vaccine, it is hoped within a year, we will not be able to get rid of the new coronavirus.”

“We do not yet know much about immunity to SarsCov2 but on the basis of knowledge related to the Sars virus of 2001 – explained Pregliasco – the development of memory immunoglobulins has been highlighted and a certain immunity, at least for a few years, should be maintained “. But for rapid serological tests that detect antibodies, he said, “there is still no complete security with respect to the risk of false positives and negatives. Validation at national level is therefore needed.” In the meantime, however, concluded the virologist, “it is worth starting to use them for targeted groups, starting with health professionals”.

A faint hope comes from Lombardy , the region most affected by the pandemic that yesterday saw a decrease in hospitalizations for Sars-Cov2. “After six weeks, all indicators are moderately positive: the number of infections drops and stabilizes on small numbers. Yesterday there were only 44 more hospitalized,” explained Welfare Councilor Giulio Gallera interviewed on Buongiorno Lombardia on TeleLombardia . “There is also a decline in access to therapies and emergency rooms. In the past seven days there has been a reduction, sometimes mild, sometimes stronger, but constant,” he stressed. 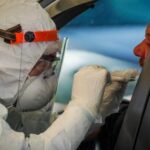 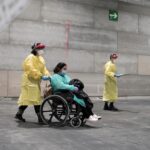