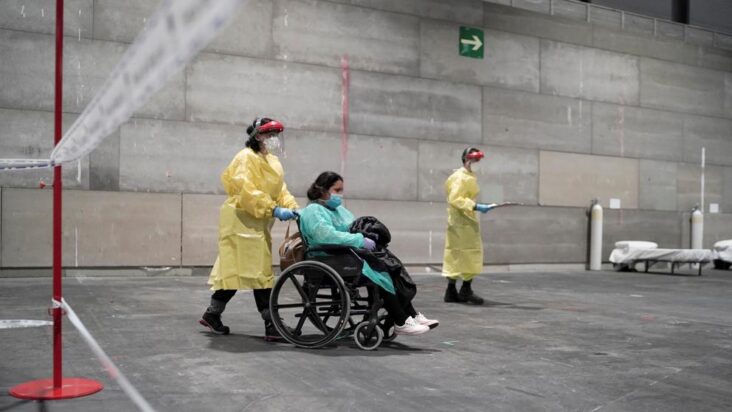 950 people with coronaviruses have died in the last 24 hours in Spain , bringing the death toll to 10,003. This represents 20% of the deaths from coronavirus worldwide. In addition to this devastating reality, the number of new infections has increased by just over 8,000 in one day, exceeding 110,000 . More than 26,000 patients have already been cured.

The head of the Center for Coordination of Emergencies and Health Alerts, Fernando Simón , acknowledges that the high number of deaths compared to other countries cannot be explained . This may be because there have been many outbreaks in nursing homes or because other countries count differently.

Simón, along with the head of the Emergency Center, María José Sierra , assure that the peak has passed and that it is now in hospitals. The situation in the ICUs and the risk of collapse in the second and third week of April are of particular concern . Communities are expanding beds as they can, while the purchase of respirators is also accelerating. Also its manufacture. The Minister of Health, Salvador Illa, has informed the Congress of Deputies that in the “next few hours he will manufacture 400 daily respirators” .

As for the rapid tests (a million arrived from China on Monday), Illa confirmed that they are less reliable than PCR, especially at the beginning of the infection (60% reliability) and more when the individual has been infected for a week. Therefore, the manufacture of PCR and its kits will continue, while these rapid tests will be used in hospitals and residences with the aim of detecting infected people. The rapid tests will allow to decongest the laboratories.

During her appearance in the Health and Consumption Commission of the Congress, Illa has highlighted some data from the last week that justify the arrival at the peak, such as the increase in new infections is 8 percent this Thursday, compared to 18 percent of The last week. Likewise, he celebrated that the increase in income in the ICU has been reduced , which is set at 4 percent this Thursday, compared to 16 percent seven days ago.

In the same way, he highlighted that the increase in the number of deaths is now 10.5 percent, compared to 19 percent that was experienced last week.

Finally, he pointed out that there are 18 percent more healed per day, five percentage points more on average than seven days ago. “There is no good data with so many deaths, but the curve has stabilized . We have reached the first objective of reaching the peak of the curve, we are starting the slowdown phase, ”proclaimed the minister, who has pointed out, however, that in order to accelerate the descent of the curve, it is necessary to make“ one more effort ”.

” There are still tough weeks but we are all achieving it,” he argued. 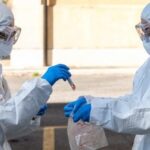 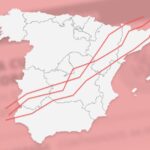