If before you could not have any contact with the users you blocked now all that can change thanks to the updates of the popular messaging application.

One of the most controversial functions of WhatsApp is when it comes to blocking people that we believe should not contact us and we use the “block” option. Now, WaBetaInfo, the number one source on WhatsApp data reported more changes in this popular application.

One of the most important changes is that it is now accessible to report content that we consider inappropriate and to keep those messages or the contact that sent them to them.

So far, if you reported spam (junk message), the contact would be blocked if it occurred in an individual conversation or it would be abandoned if this happened in a group chat. The reason why WhatsApp has this update is because they believe that sometimes users do not want to report a contact that acts in a bad way but a contact that shares false information or even scams online.

The executives of WhatsApp consider that such situations a user does not want to leave the group conversation or block the contact resulting in quarrels that end with friendships.

Also this version of WhatsApp is expected to appear soon in the stable version of the application. This change comes along with other social networks, such as Facebook or Twitter that seek to eliminate the “fake news” or false news circulating on the Internet. 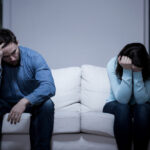 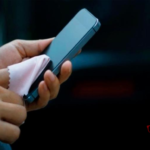