It's only available on iOS and Twitter Web, though it's coming to Android soon. Photo: composition / The Republic

Twitter is testing a new feature that will allow users to create “ communities ” to discuss related topics, very similar to how Facebook groups work . This was announced through his official account this Wednesday, September 8, where he gave details and answered questions from curious Internet users.

They are subgroups created within the Twitter app through invitations to users with the same musical, culinary, cinematographic, and much more tastes. The possibilities seem to be endless for the new feature added by the application.

Imagine an alternate timeline where everyone understands you. Say hello to the communities, the place to connect with people who tweet like you ”, this is how Twitter itself presented it to its users through a thread in which, in addition, it answered several questions.

To be part of a community, you will have to receive an invitation via direct message from a moderator. But the great thing is that anyone can moderate a community, it is just a matter of creating it, configuring it and adding all your friends.

For now, the invitations made by moderators are endless, and members of communities can, in turn, invite up to five additional people. What will happen once you belong to one of these groups is that, when you tweet, you will have the option of directing that tweet to your followers as normal or to the community of your choice.

The communities are public; that is, the rest of the users will be able to read what is discussed there, but only the participants will be able to contribute to the debate. What do you think of this function?

Currently, this tool is in trial mode and is available for those users with a mobile phone with an iOS operating system , as well as in the web version. The update is expected to hit Android soon , although Twitter hasn’t offered specific dates.

As we mentioned, in Twitter there is a function with which we can delete old posts, but —if you want to get rid of several simultaneously— you will need extra help; that is to say, of an application.

One of the best known is Social Book Post Manager, an extension developed for the Google Chrome browser that just by installing it on your computer you can delete several publications at the same time. 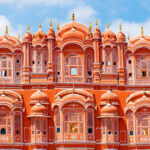