One of the virtues of smart speakers is also their Achilles heel. Although they respond instantly to a query or instruction, having the microphone active means that they can hear us all the time. To prevent Alexa from invading our privacy, the people at MSCHF developed the Alexagate, a device that blocks the microphone of Amazon Echo speakers.

The Alexagate is a cover that fits on top of an Echo speaker and blocks the microphone using pulsed ultrasound. To activate it, just clap your hands three times and the microphone will be jammed, preventing Alexa from listening to your conversations.

Because the ultrasound is beyond what our ears can register, you will not be aware of its interaction with the speaker. The Alexagate will not interfere with music playback as it is not a physical mute as such. In case you want to disable it and talk to Alexa again, it will be enough to clap three times.

Alexagate: three claps to prevent Alexa from spying on you

The device can adjust the intensity of the claps and it is even possible to activate it with a snap of the fingers. According to its developers, the Alexagate blocks everything, you can even scream just 15 cm away from the speaker and your voice will not be recorded.

The creation of the Alexagate is an adversary modification, according to its developers, who remember that the Amazon Echo listens to us 24/7 and archives our conversations in the company’s cloud.

“Alexagate is hardware hacking to reduce functionality. While ‘human-centered design’ is at this point a meaningless hierarchical term, […] Alexagate’s relationship to humans is user dependent, we could at least call it “anti-corporate design. “

The latter is interesting since Amazon was at the center of the controversy a year ago. The company confirmed that it keeps your conversations with Alexa indefinitely and there are transcripts that can’t be deleted, even if you do it manually on an Echo.

Amazon hides behind the fact that these files are used to train Alexa and improve the user experience, although this does not convince privacy experts. Another drawback is that when users interact with an Alexa skill, the developer of the skill may retain records of the interaction.

The Alexagate could be a physical solution if you don’t want Amazon spying on you. It is compatible with all generations of Echo, Echo Plus, and Echo Dot thanks to a mounting ring. Its price is 99 dollars, although at the moment it is only available for shipments in the US. 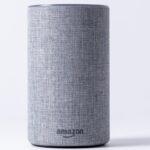