Netflix presented the trailer for Kingdom, the new horror series with zombie theme, which will be located in the Joseon period of the Middle Ages.

The series is directed by Kim Seong-hun (A Hard Day) and will tell the story of a zombie apocalypse that is located in the Kingdom of Joseon, which ruled Korea for five centuries, until the late nineteenth century.

In the trailer you can see that the production will have a mix of choreographed fights and a threat of undead.

Here we show you the official overview of Kingdom:

In a kingdom devastated by corruption and famine, both a mysterious rumor about the king’s death and a strange plague are spreading, causing the infected to become immune to death and need to eat human flesh. The crown prince, fallen victim to a conspiracy, begins a journey to unmask the evil conspiracy and save his people.

The series will feature a season of six episodes that will be premiered at the same time and can be seen on Netflix from January 25 next year. 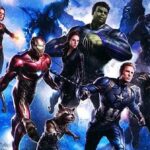 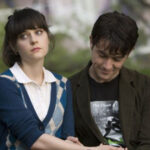