Through a post shared on its official account, Twitter announced that the new ticketing feature for its chat spaces is available for a wider number of selected accounts .

Although the so-called Ticketed Spaces monetization tool was announced a few weeks ago, the application continues to test new additions and functions with authorized users.

“Now more people can use ticket spaces! All approved hosts can now set ticket prices and audience size for spaces. If it has been approved, a notification in the application will inform you, “said the official account. 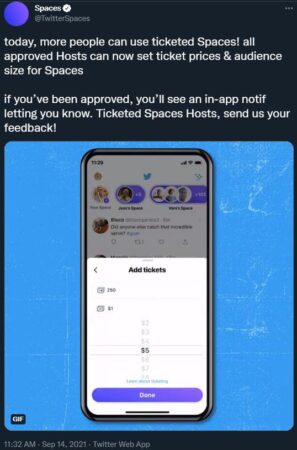 The blue bird application allows you, within the settings of the space you are organizing, to include an entry price, as is done in face-to-face events. For participants, a pay button will be enabled through which they can purchase their tickets. In addition, it should be noted that the price range goes from US $ 1 to US $ 999.

Twitter had previously reported that this business scheme was designed so that content creators who depended on their audiences can continue to sustain themselves economically in times of pandemic. He also stated that, of the profits from these paid conversation spaces, 3% would go to the application and the remaining amount to the hosts.

The Ticketed Spaces function , for now, is only available to Internet users who use an iOS mobile device and who have also been selected by Twitter. It is still in a trial period and can be expected to continue for the rest of this year before being enabled for other users. 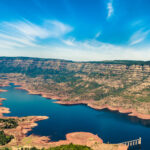