Toyota announced an alliance with Tesla to accelerate the development of autonomous cars. The Japanese company revealed that it will use cheap cameras to reduce costs and enhance its autonomous driving system.

Woven Planet, the Toyota division responsible for vehicle automation technologies, will join Tesla. The idea is to implement these cameras in a fleet of passenger vehicles to capture data.

The company seeks to solve one of the main obstacles in autonomous cars. The systems require a lot of information and it is not feasible to mount LiDAR sensors on millions of vehicles. To do this, Woven Planet and Tesla will implement cameras that are 90% cheaper than the ones they currently use in their cars.

“We’re trying to show that we can unlock the advantage that Toyota and a large automaker would have, which is access to a huge database, but with much lower fidelity,” said Michael Benisch, vice president of engineering at Woven Planet.

According to Benisch, using cheap cameras would offer similar results when training your system as using expensive sensors.

Despite the fact that Toyota announced that it will continue to use radars and LiDAR sensors in other projects, the commitment to cameras is an important strategy. Benisch says a lot of data is needed, so mounting them on a fleet of passenger cars is a viable way out.

Tesla also relies on camera technology for its autopilot system. The company announced the transition to Tesla Vision in mid-2021, saying goodbye to radars on Model 3 and Model Y for North America.

According to Tesla, vehicles with Tesla Vision retain the same crash safety ratings as those equipped with radar. The Model S and Model Y also migrated to the camera-based system and neural network processing in February 2022.

Although cheap cameras will help data collection to train autonomous systems, we will have to wait many years for them to catch up with the most advanced sensors.

Currently manufacturers — such as Waymo (Alphabet) — use a combination of cameras, radar, and LiDAR in their autonomous cars. Some experts say that a system requires all three sensors to confirm that it is safe in any weather condition.

Although radar is effective at measuring distances and works in any weather, it does not have enough resolution to determine objects accurately. That is solved with LiDAR, which has a higher resolution but does not work in bad weather conditions.

The race for the development of autonomous cars is long and there are still many obstacles to overcome, including the legal framework. 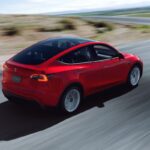