Did they notify Brazil that it would be held in Caracas? It is unknown, but the Playoffs’ leader does what is sung. He walked the game for 90 minutes, sowing doubt (and many a wish) that he would lose unbeaten, and when he felt like it, he turned it around without sweating. Victory over Venezuela and nine victories out of nine games played. Terrible.

Do you believe this Tite club can beat them in the playoffs if they add up to three when they play like this? Last night was very dreadful. Verdeamarela appeared to be a different team without Neymar (suspended) and Casemiro (teeth troubles). No gleam, poor short and long pass, very weak in the middle with Fabinho and Gerson, and absolutely hesitant. Colorless.

But Tite is excellent. In the second half, he introduced Raphinha, shattering much of America’s notion of witnessing Goliath collide with David. The visitor then upped the level a bit, very little, stepped on the accelerator with his big toe, and nailed three to a Venezuela that had shown itself in vain throughout the first half.

Soteldo had set the tone for the game with an incredible dribble, despite having the waist of a dance academy. For approximately 45 brutal minutes, Vinotinto played with breakneck speed, while Brazil appeared to be standing in the shade of a tree, watching life go by. In fact, following an assist from Soteldo, a double fall from Marquinhos and Fabinho, and a savage header from Ramrez, the venue was already winning at 10 ‘.

And, just as not everything that glitters is gold, not everything that does not sparkle loses. Brazil took the wheel in the supplement and got to gasoline in 25 minutes without having to open both eyes to get up from a snooze. Marquinhos, Gabigol (from the penalty spot), and Antony gave the result the plate that will go down in history.

Venezuela had no idea who he was playing against or that the game lasted 90 minutes. His perspiration turned to tears, and the game transitioned from son of the bump to brother of the purest reality. Yes, gentlemen, Brazil has triumphed. Again. 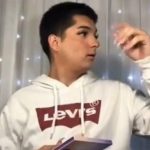 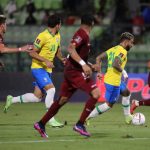