The No. 1 Georgia Bulldogs are just a half away from defending their title in college football.

In the first half of the College Football Playoff National Championship from SoFi Stadium in Los Angeles, Georgia is leading the No. 3 TCU Horned Frogs 38-7.

Less than four minutes into regulation, Georgia quarterback Stetson Bennett ran 21 yards for the game’s first score after the Bulldogs quickly forced TCU to a quick three-and-out on their opening possession.

After a TCU turnover, Georgia added a field goal shortly after.

In their subsequent drive, the Horned Frogs showed flashes of life as quarterback Max Duggan guided his team down the field for a touchdown, capped by a long throw of 60 yards to wide receiver Derius Davis. 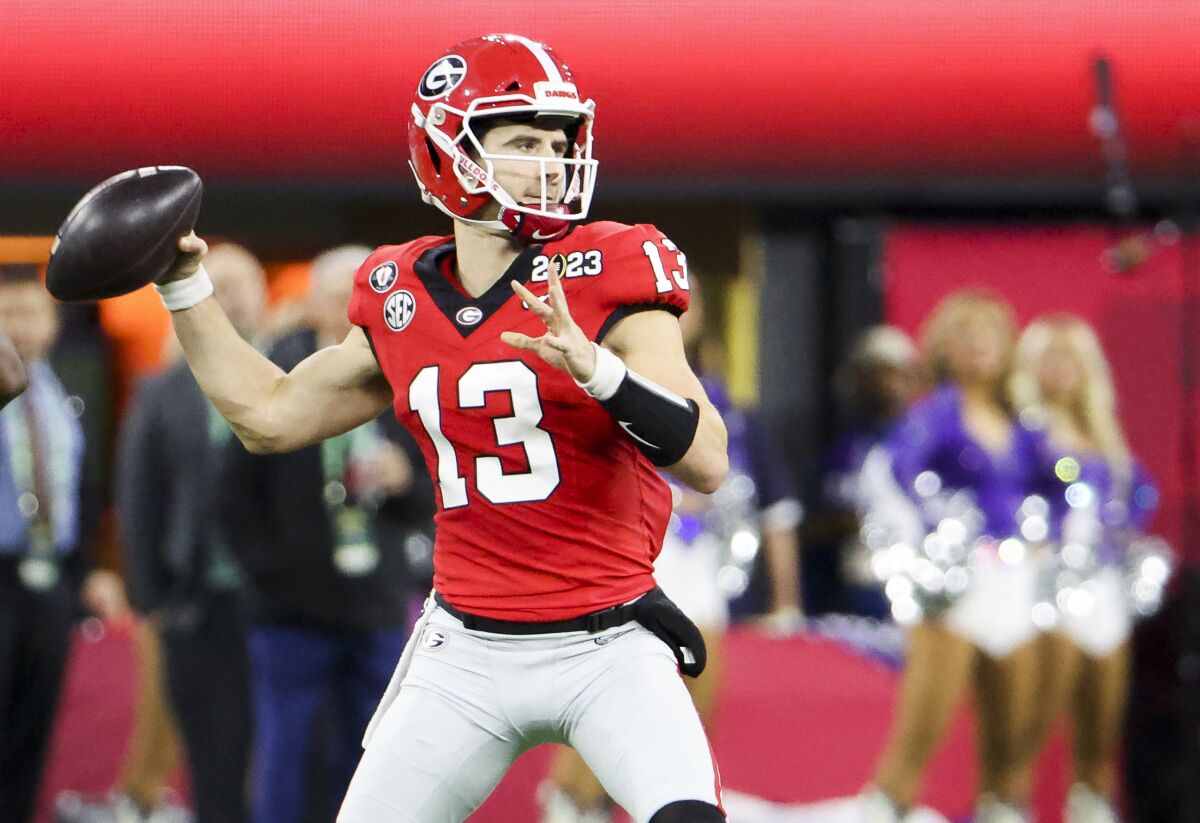 Minutes later, though, Georgia would strike back when Bennett hit Ladd McConkey for a touchdown pass of 37 yards.

Bennett, a 25-year-old senior, scored on a rushing play to give the Bulldogs a 23-7 lead in the second quarter.

Late in the first half, Kendall Milton scored again on the ground before Georgia scored again after an interception.

The “Climate Girl”, Yanet García, shows her curves with lace lingerie and green transparencies
Next Article