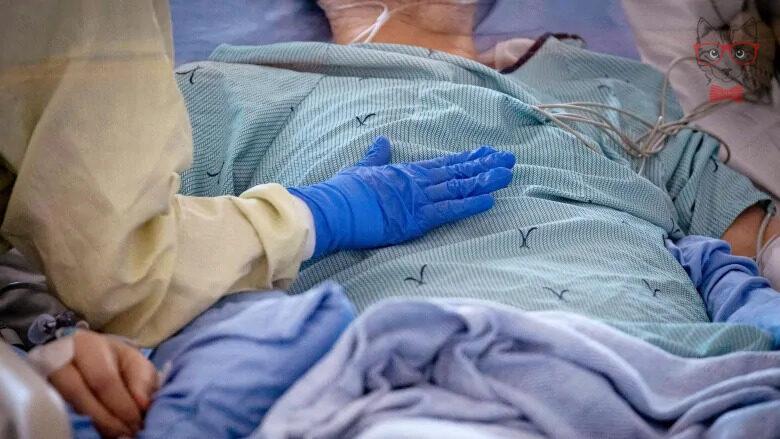 Seven more New Brunswickers have died from COVID-19, pushing the pandemic death toll past 400, but the number of people hospitalized because of the virus dropped to 47 from 81 in the past week, according to Tuesday’s weekly update from the province.

The number of people requiring intensive care has also dropped, to six from 10, the COVIDWatch website shows.

Meanwhile, the two regional health authorities report 102 patients with COVID-19 are in hospital, down from 127, including 12 in ICU, down from 13.

The province counts only people hospitalized for COVID, whereas Horizon and Vitalité also include those who were initially admitted for another reason and later tested positive for the virus.

The latest deaths include two people in their 70s, four people in their 80s and one person in their 90s, based on a comparison of this week’s report to last week, when 15 new deaths were reported.

Since the beginning of the pandemic, there have now been 406 COVID-related deaths.

“Individuals that are unprotected by vaccine continue to have the highest rate of hospitalization for COVID-19 and death,” according to the province’s website.

The highest portion of hospitalizations for COVID-19 between May 1 and May 7 is among individuals aged 60 to 79, it states.

The number of new hospital admissions for COVID-19, including ICU admissions, also dropped this week to 35, from 64.

Two children under age 10 are among the new admissions. The three people newly admitted to ICU include a person in their 40s, one in their 60s and one in their 90s, the website shows.

Of the 102 COVID-related hospitalizations reported by the regional health authorities, 67 patients are at Horizon hospitals, down from 86 in last week’s report. Seven of them are in ICU, a decrease of two, Tuesday’s update shows..

Vitalité has 35 patients in hospital, down two, including five in intensive care, up one, its weekly report shows.

There are COVID-19 outbreaks in 18 hospital units across the province as of Saturday.

Eleven of them are at Horizon hospitals, six in the Fredericton region, Zone 3, and five in the Saint John region, Zone 2. No other details are available on the dashboard, but spokesperson Kris McDavid told CBC they include:

Vitalité has COVID-19 outbreaks on seven hospital units, according to Tuesday’s report. These include:

At least 196 health-care workers are off the job, isolating because of COVID, down from 252 reported last week.

Eighty-one Horizon employees have tested positive for COVID-19, a decrease of 25.

Vitalité has 115 health-care workers off, down from 225. Eighty of them tested positive, while the other 35 were “removed from work” because of a contact with a positive case.

Six Vitalité hospitals are listed as being at or over capacity, but only two of them have COVID-19 patients.

Overall, Vitalité hospital occupancy is 91 per cent, down from 95 per cent.

Horizon does not include occupancy statistics on its COVID-19 dashboard, but none are overcapacity, according to statistics provided by the spokesperson. The Moncton Hospital has the highest bed occupancy at 97 per cent.

New cases and tests both down

A total of 2,369 new cases of COVID-19 were reported between May 1 and May 7, including 1,338 confirmed through PCR (polymerase chain reaction) lab tests and 1,031 self-reported by people who tested positive on rapid tests.

The number of positive rapid tests reported also decreased by 111 from 1,142, the website shows.

Asked how reliable the province thinks the new case numbers are, given the drop in testing, Health Minister Dorothy Shephard told CBC: “I think we always know that there’s some flux with these numbers — especially knowing when we went with our less restrictions on March 14, the likelihood that we are going to miss some people who do POCT [rapid] tests and don’t do PCR tests, maybe don’t self-report.

“I think though, what we can rely on is our hospitalizations, our ICU admissions and deaths to understand how those trends are going, and thankfully, they’re going down.” 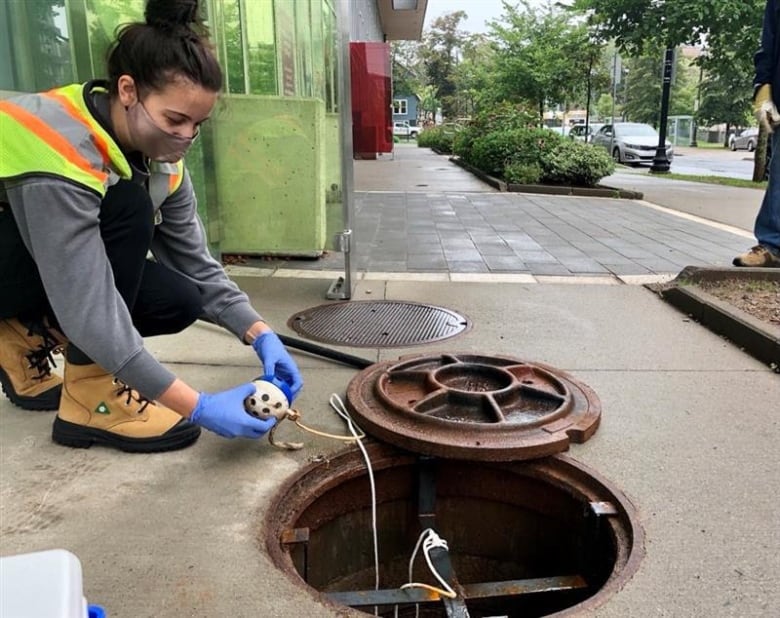 “Right now we’re looking at exploring a federal program that sort of more aligns with the data that we need. So I don’t have a lot on that today for you, but I do know that the department is working on that.”

The Public Health Agency of Canada has launched a new online COVID-19 wastewater surveillance dashboard to illustrate trends in various jurisdictions, and help people make decisions about personal precautions, but New Brunswick is not represented.

Data from Halifax and 17 communities in Newfoundland and Labrador is included, along with various areas in Alberta, B.C., Ontario, Quebec, Saskatchewan and the Northwest Territories.

A total of 52.1 per cent of eligible New Brunswickers are now boosted, up from 52 per cent a week ago after 769 more people received their COVID-19 booster shot.

The percentage of people double-dosed remains unchanged at 87.9 per cent after just 222 more people rolled up their sleeves, and first vaccinations remain stalled at 93.1 per cent with only 170 more people getting a shot.

“It’s a concern in my mind,” Health Minister Dorothy Shephard told reporters Tuesday. “That’s why we’re absolutely boosting, you know, radio ads, and talking about this as often and [at] every opportunity we get to.” 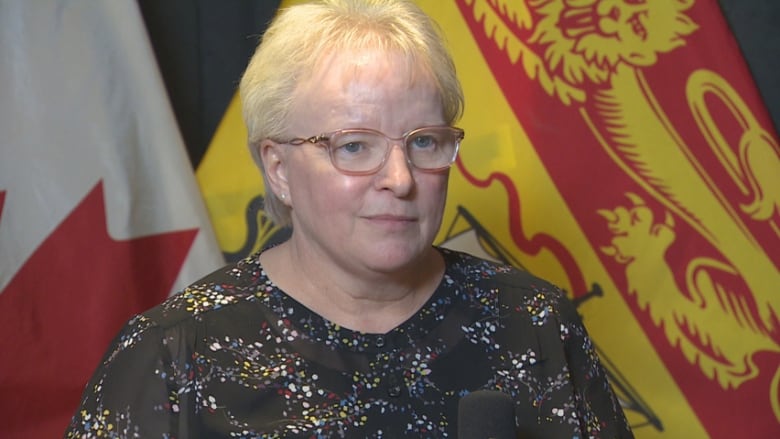 People are “COVID-tired,” she said, but that doesn’t change the fact that boosting is “very important.”

“It’s a way for us to keep our hospitalizations down and certainly ICU admissions and deaths down,” she said. “We need to continue to put that message out. And I intend to do that.”

New Brunswick has 1,883 active COVID cases, based on PCR-confirmed cases alone, and has had 63,486 cases since the beginning of the pandemic, based only on PCR tests. Of those, 61,197 are now considered “resolved.”

The legislature resumed Tuesday after more than a month with mandatory mask rules now lifted and criticisms of Public Health from Green Party health critic Megan Mitton, the MLA for Memramcook-Tantramar.

“I think that there’s been a loss of trust in Public Health with many people in New Brunswick, and that’s really unfortunate because we need to have [a] strong Public Health voice in the province and we haven’t seen that,” she told reporters.

She noted there has been no COVID-19 news conference for “months” and the public hasn’t heard from Chief Medical Officer of Health Dr. Jennifer Russell. “We’re still in the middle of a pandemic.”

The last public COVID-19 update was on Feb. 24, when Russell announced the lifting of all COVID-19 restrictions, effective March 14. 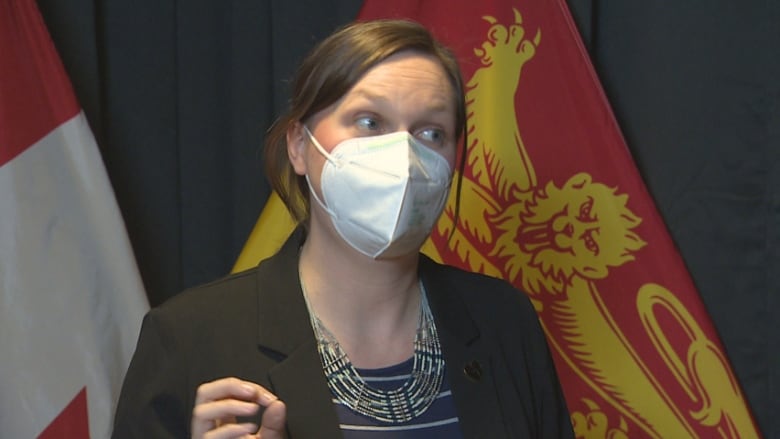 Canada’s Chief Public Health Officer, Dr. Theresa Tam, continues to address the public regularly, including Monday when she advised continued masking, even if it’s not mandatory, Mitton noted. “I think that’s the type of leadership we need.”

“The other part of that is it would be nice to have the public communication to explain how decisions are being made,” said Mitton, who opposed dropping masks in the legislature, when evidence shows they can help limit the spread of COVID and people are still getting sick.

Asked whether Russell is on vacation, Shephard replied, “We don’t respond to HR [human resources] questions.”

P.E.I. reported six new deaths related to COVID-19 in the past week, in its update Tuesday. Six people are in hospital because of COVID-19. Six others were admitted for other reasons and were COVID-19-positive on or after admission.

There are 47 Nova Scotians currently hospitalized due to COVID-19, including 12 in ICU. Another 192 people tested positive when they were admitted to the hospital for another health issue. A further 188 patients contracted COVID-19 after admission to the hospital.

Newfoundland and Labrador said in its COVID-19 update Friday there were no COVID-related deaths in the province since Wednesday. There are 17 people hospitalized because of the virus, with five in critical care. 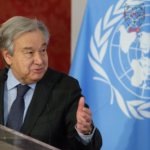 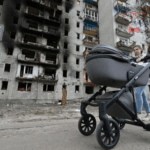