Marvel will premiere Avengers 4 with big surprises for its millions of fans, and this time a new leak put everyone in suspense about the final battle against Thanos.

Avengers 4 has managed to become the most anticipated film for 2019, because millions await the official release of the film that will end an era of superhero productions, which will continue after the devastation generated by Thanos and the gems of the infinite, which managed to end half of the universe.

As it is remembered, half of the equipment of the Avengers fell in battle, since they disappeared after the crack, among them: Scarlet Sorceress, SpiderMan, Black Panther, Grood, and others more. In addition the trailer showed that Iron Man could die after being stranded in the space next to Nebula, without food or water and with the oxygen about to end.

The superhero played by Robert Downey Jr lives the worst conditions; however, despite the adversity, he would survive to join the final battle against Thanos, who still possesses the five gems capable of defeating any of the enemies that try to reverse things.

In the new Internet filtration you can see Iron Man with an annoyed face and a new armor, which would be his final piece created with the best technology, but you can also see the 6 gems of infinity shine in his left hand, revealing that this may be his final sacrifice to reverse what happened.

So far the outcome of the fight is unknown, but many presume that a legendary avenger will fall in battle as a final sacrifice to save his teammates, and possibly it is Iron Man, who is one of the oldest of the superhero team.

Some characters like Captain America would end their contracts with Marvel, so there are still many doubts about its continuity and is also one of the strong candidates to die in the new film that will be released on April 26, 2019.

Avengers 4 could surpass the 2 trillions of dollars of collection as well as Infinity War, which became the fourth highest grossing film in history. In the list of the films that most managed to raise include Avatar, Titanic and Star Wars. 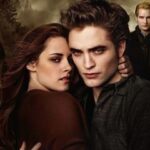 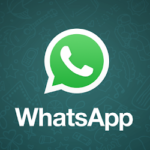