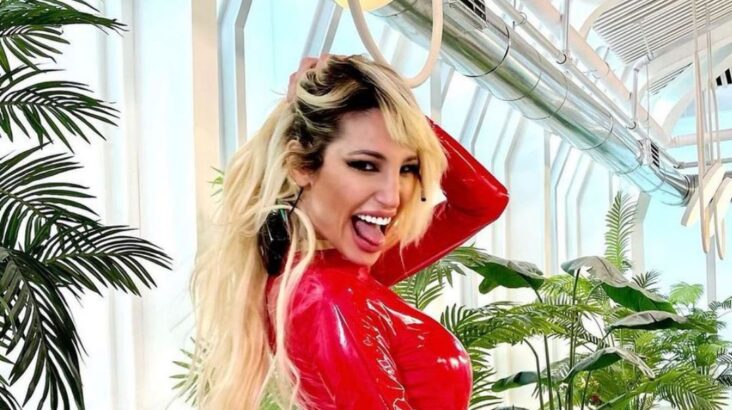 Vicky Xipolitakis returned to television after a long hiatus after being eliminated from “Masterchef Celebrity.” With an impressive look , “la griega” debuted in “ Cortá x Lozano” , the Telefé cycle of which from now on she will be part.

It has been several months since the model had been kept out of the public eye , with some brief guest appearances on the kitchen reality show, focused on her family life and rest.

Finally, although the wait was long for his fans, he returned to the ring in the Vero Lozano program.

Read More : Vicky Xipolitakis will be evicted from her apartment: how much is the rent that she cannot pay

With a total white look , the media posed before going on the air and thanked them for having that privileged opportunity again. ” Thanks to all the people for the love, they make me very happy, ” he wrote in the post he shared on his Instagram account.

In the corridors of the studio, the model dazzled with an inverted top with straps on the abdomen and an opening in the front, which left her at the limit of censorship . He completed the outfit with bowed pants and a stylish blazer, all in the same color.

Quickly, the post garnered thousands and thousands of “likes”, and hundreds of followers appeared to send their best wishes in this new stage and flatter her dazzling look.

” You were beautiful in that suit, sexier than ever! Use it more often, “wrote a user below the publication, suggesting to the media to use that type of suit again.

“ Ready, close everything! I fell in love “and” Oh ready, I died! How beautiful ”, were other compliments that the model received from her fans, who, once again, were captivated by her style and charisma. 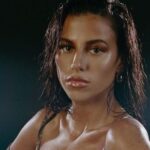 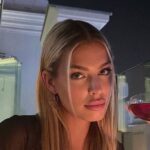