She does not get tired! Yes! actress  Maribel Guardia never tires of showing off what many others lack: her perfectly toned body! And it is that after her successes on television and some other collaborations such as the theatre in the staging “El Tenorio Cómico”, the Costa Rican has shown that she still has much more to give.

Since last week, Maribel Guardia dazzled once more with a body of a goddess that women of her age normally do not have, because at 62 years of age, many are grandmothers and consider themselves as such, without paying attention to their physical and personal appearance. , and much less to take care of your figure as the Costa Rican does.

Well, past 60, millions of women adopt the personality of an elderly person and that is why they are far from resembling Maribel Guardia, who at her age still exercises a lot in the gym and not only that, but that also boasts a leg and a great body at every opportunity.

And that was precisely how she captivated her virtual audience last Tuesday, which amounts to at least 6.9 million followers through her Instagram account, wearing a mini outfit of wearing tight shorts and a lemon green jacket that I accompany in a fitted white blouse and lemon yellow heeled sandals.

“You can’t go back and change the beginning, but you can start where you are and change the end. #Happy # Tuesday #look @boga_boutique_mr”, wrote Marco Chacón’s wife, for which she has received hundreds of messages and thousands of red hearts .

On the other hand, there are around 45 thousand followers who have reiterated their admiration with a red heart that can be seen in the publication last Tuesday.

Meanwhile, it was last Friday that Julián Figueroa’s mother shared a publication in which a series of postcards compiled in a video are seen where several moments are perceived in which Maribel Guardia wears a great body that she has always had, and thus She himself took advantage of the moment to show off what many women lack.

The publication of Guardia was joined by celebrities such as Charly López, the former Garibaldi, who did not hesitate to express: “With what you wear, you look beautiful, dear friend, kisses and a nice night.” The Costa Rican has also received other messages from her fans, among which we read: “Maribel !! You look beautiful”, “I love you soooooooo”, “Very pretty”, “Always shocking Maribel. Tqm”, “Very pretty”, “Simply spectacular “, among 260 other comments. 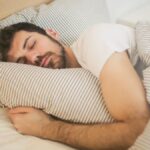 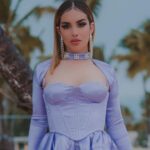