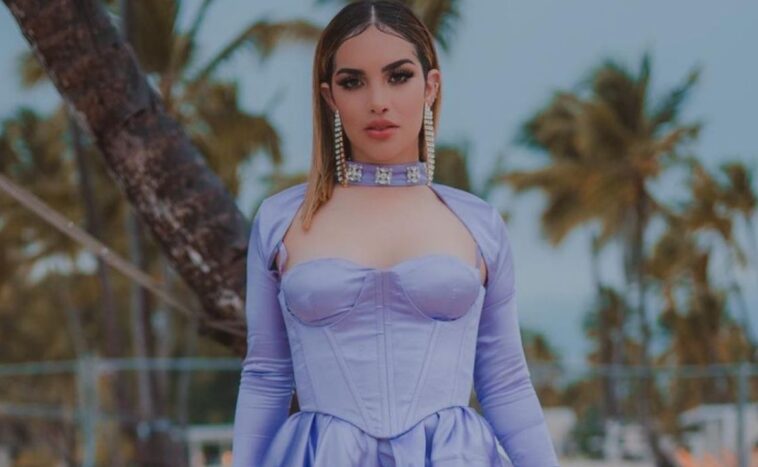 This Sunday (September 19) the famous singers and YouTubers, Kimberly Loaiza and Juan de Dios Pantoja made their debut on the Telemundo reality show, Así se baila, a contest in which they stole the show, A garment with which she made even Livia Brito and Samadhi Zendejas react.

Before her number, Kimberly Loaiza could not wait to go on the air and show off through her Instagram account the fitted set of top and black sequined skirt, garments that she accompanied with long boots and her hair collected, causing a whole madness in the said social network.

“Family, you cannot miss today.  This is how you dance at 8:00 pm, Miami time, let’s dance, we have a dance prepared for you, it will be incredible, we will do it incredible too. I’m a little nervous but I know that we are going to achieve it, ”said the Mexican influencer while she was next to Juan de Dios Pantoja through her Instagram stories.

In addition, Kimberly Loaiza gave a taste through a video of the tremendous hip movements that she would perform on the dance floor, which is why she made Livia Brito and Samandhi Zendejas react.  “KL baby”, was the phrase with which Kimberly Loaiza accompanied the sensual video where she showed off her spectacular figure in the fitted outfit full of sequins. Her more than 30 million Instagram followers did not hesitate to react.

“Goddess”, “How beautiful”, “I melt goddess”, “Precious”, “Great body”, “I love you cuteness, better luck today than emotion”, were some of the compliments that the famous received in the video that So far, it has more than 1 million likes and thousands of comments, including those of Livia Brito and Zamandhi Zendejas, this last participant of Así se baila.

While Zamandhi Zendejas wrote “Chula”, the Cuban actress only limited herself to liking the video where the Mexican influencer showed off her spectacular figure. It should be noted that on September 14, Telemundo announced that Kimberly Loaiza and Juan de Dios Pantoja were joining the dance competition and it was this September 19 that they made their debut in the American company.

They are already here! Kimberly Loaiza and Juan De Dios Pantoja Corona join the #AsiSeBaila competition and we are very. Are you already supporting #TeamJukilop on the IG and FB @Telemundorealities?

Así se baila premiered on September 12 where 10 famous couples will show their best dance steps and which will be rated by the judges, Adamari López, Mariana Seoane and Cristian de la Fuente. 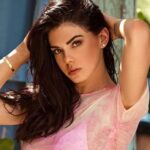