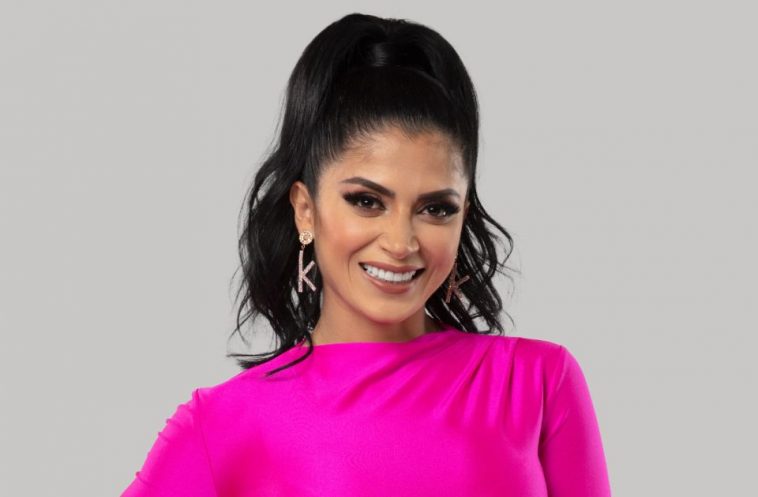 Even after a brief appearance on Telemundo’s reality show “La Casa de los Famosos,” Kimberly Flores’ name has been linked to endless criticism when she opted to unite her life with that of the Mexican artist Edwin Luna in 2019. And so, after years of conjecture about her personal life and her origins in Guatemala, where she was supposed to have worked as an exotic dancer, she finally decided to put an end to it.

Wife of La Trakalosa leader speaks up about her childhood in first-ever YouTube video, where she concedes that there were financial constraints throughout her years of being reared by his maternal grandmother and an aunt while his mother, Becky Colombani, resided in the United States.

Because I am not humble or a person with little resources, I choose not to categorise myself in that way because we are all on the same level, but we did lack many things, but we were happy. I have always told them this.”

Believing that the hardships she has had have taught her to appreciate the present-day joys she has with her family, Kimberly Rebeca Elizabeth, the now-famous influencer, is confident in her ability to handle the criticism she receives.

Since of my background, I’ve received a lot of criticism. However, it’s something I’m proud of because it’s taught me a lot. He instilled in me the values of being strong, appreciating what I had, and working harder for my family so that my children would not have to go through what I did.

Her memory also took her back to the first taunts she had received from classmates who made fun of her because of her background as a poor kid from a single-parent household. A few years later, at 17 or 18, she began dating DJ-turned-father-of-two, the man who would become her second husband and father of her children. She fell pregnant with her first kid, Elian, at this time and was forced to leave her family’s house since they didn’t accept her pregnancy after hiding it for six months. As a result, she began working in a nightclub to help pay for the baby’s needs as well as her own, and it was one of her first jobs.

Despite the fact that my kid was only 20 days old, I had to start working as soon as he was born because the formula only lasted three days.

She acknowledges that she worked as an exotic dancer and that she went to a nightclub to dance; however, she stresses that she did not dance exclusively for men.

“I was working at a disco when I saw people dancing and started doing the same. For this reason, many have disparaged me, dubbing me a teibolera, exotic dancer, and other derogatory terms (of qualifiers). To be perfectly honest, I’ve done nothing but dance the entire time. The fact that I’ve never had to go there is a blessing in disguise. It was a standard club where men and women could enter.

After a second medical assessment, parents discovered that their baby had an attention deficit and received support from the Mexican government’s DIF institution when he was 2 years old. A short time later, she returned to Guatemala, where she worked as an aide-de-camp and owned a restaurant, leaving her son in the care of her grandmother in Chiapas. The child received medical care and was cared for by her relatives while she worked. His second kid Damien came along years later, running with better fortune this time around because to his partner’s financial support.

A proud and appreciative Kimberly Flores reaffirmed that she has become the woman she is today because of her background and her gratitude for it.

No, I don’t regret it, and I’m not ashamed of it either. We all have different lives, and I’m grateful for the one I had since else I’d be nowhere. 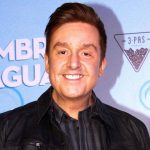 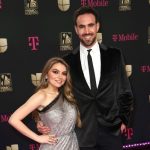