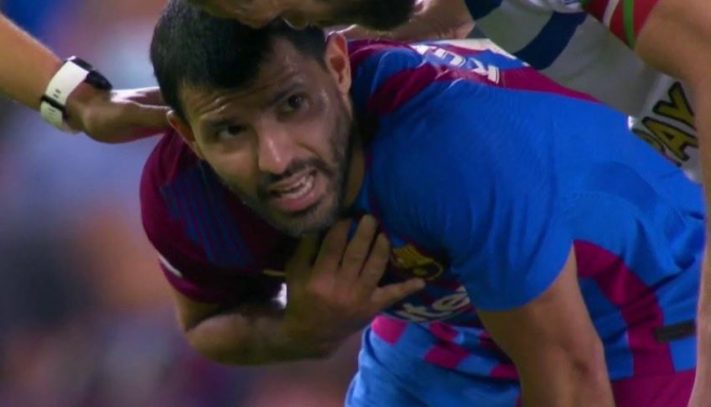 For specialists, "the key is to define the type of arrhythmia to identify the type of treatment and based on that the prognosis to define if and when you can play again" (Reuters)

It happened on Saturday, in the match between Barcelona and Deportivo Alavés for Date 12 of the Spanish League. At 38 minutes into the first half, the Argentine forward felt discomfort in his chest and threw himself to the ground. The Barcelona medical corps immediately entered to assist him.

And although the player was able to get up and walk off the field of play, He was rushed to the Barcelona Hospital, where he remains hospitalized and more studies are being carried out to determine the diagnosis and the steps to follow.

The first check-ups revealed that Sergio “el Kun” Agüero suffers from a cardiac arrhythmia, that is, a heart rhythm frequency disorder, according to the newspaper El País, from Spain, and the Catalan newspaper Sport.

In Spain, they affirm that the Argentine striker had already been suffering some stitches for a few days ago and that is why they will continue to carry out studies to have a more accurate picture of his state of health.

Among the data that circulated during the last hours in relation to the episode suffered by the athlete, some Spanish media pointed out that he had had a similar picture when he was 12 years old. In that sense, they assure that Agüero is quite calm since this did not prevent him from practicing sports at the highest level, although, in the face of recent cases, Kun wants to be sure that his life is not in danger and that he will be able to continue playing football.

In addition, it is known that during January the player had been isolated, first because he was in close contact with a positive case of COVID-19 and then because he himself had contracted the disease.

“Whether or not this episode is related to COVID is a good question to ask yourself. It is known that there is a relationship between this type of arrhythmias and the coronavirus”. Before consulting, the cardiologist Juan Pablo Costabel (MN 119,403) also evaluated that “If a person has COVID, the infection could have irritated a possible old arrhythmia, or it could be that it is naturally ‘off’ 20 years and reactivates”.

For the cardiologist and sports doctor Norberto Debbag (MN 51,320), “the antecedent that the player had was too distant to be related to this episode. ” “It could be a post-COVID sequel, but since there is no long-term monitoring of what happens to athletes after infection, it cannot be ascertained either, he drew. It is known that myocarditis or arrhythmias may appear, it may be a possibility ”.

“For now, what is officially known is that there is an arrhythmia,” said Costabel, who is head of the Coronary and Hospitalization Unit of the ICBA Cardiovascular Institute, adding: “In high-performance players, these conditions can cause dizziness, shortness of breath and chest pain, so according to the symptoms that Agüero presented, they can be attributed to an arrhythmic event during that moment.“

Regarding the possibility that the condition is due to a post-vaccine effect, as it also circulated on social networks during the weekend, Debbag was clear in stating that “ there is no described relationship between vaccines and arrhythmias; With the Pfizer and Moderna vaccines some cases of myocarditis were reported but in adolescents, not in adults”. “What is known is that COVID produces cases of myocarditis in up to 2% of athletes, which can be accompanied by arrhythmias,” he said.

For its part, Costabel assured that “myocarditis that is related to vaccines produce the same effect as myocarditis caused by COVID.” “We cannot rule out that it is not related to a vaccine, but it should have been relatively recent since the time between the appearance of these cardiac effects and the application is between 15-20 days,” said the cardiologist. If you were vaccinated before that time, it is rarer for there to be a relationship between one event and another”.

About cardiac arrhythmias in athletes

“Arrhythmias in athletes could be more or less dangerous and can put their lives at risk to a greater or lesser extent,” Costabel began to explain. Nevertheless, They are all important considering the level of effort they put on their heart and the physical demands on the body in this case of a soccer player during a match”.

“There are more benign arrhythmias that require pharmacological treatments in some cases and in others what is done is an ablation procedure. This is the cauterization of the inner surface of the heart at the site of the arrhythmia. That cures some and reduces the number of events in others, “Costabel described, adding:” Then there are ventricular arrhythmias, which are worse tolerated and can be life-threatening, like the one suffered by Danish player Christian Eriksen during a Eurocopa match in the middle of the year, which further restrict sports practice”.

Debbag highlighted that Agüero “had had a similar episode ten days ago that was underestimated.” “From what was seen in the video, the player presented dizziness, that means that he had a high heart rate since when that happens it causes less blood to reach the brain and that causes dizziness”, considered the athlete, who was inclined to think “that he possibly had a high ventricular response atrial fibrillation, that it has a reversal either with medications or with an electric shock, which is like ‘resetting’ the heart”.

And he added: “If the condition becomes chronic because it does not revert, by catheterization the arrhythmogenic focus is sought by radiofrequency, that focus is canceled and the arrhythmia disappears and the athlete can resume their activity, as happened in the known cases of basketball player Fabricio Oberto and the Boca player, ‘Burrito’ Rivero”.

Finally, for Costabel, “from the studies that are done now, which are supposed to be continuous monitoring, stress tests, echocardiography, cardiac resonance, and coronary tomography, accurate information can be obtained.” “There is a lot of data to be optimistic and to think that with the evolution that the treatment of arrhythmias has today, many athletes can continue their professional activity”, he concluded. 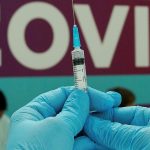 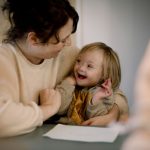