The fact that women “disembowell” after a classic birth and that sex is no fun anymore is a myth that persists. Experts clear up with unfounded fears, explain when the experience actually turns into a pleasure killer and what you can do in this case.

“Save your love channel” is the watchword of women who want to have an optional Caesarean section – to make sure that the vagina remains tight and taut even after birth. “I can understand your fears well, because such discussions among women circulate in many Internet forums.

“Many women are afraid of birth, are afraid to change and choose the cesarean section, so that their genitals remain untouched”. But the concern about a “worn out” vagina, which ultimately robs the woman of the pleasure of sex, is usually not appropriate.

Normally, the changes in the vagina form back

“For pleasurable sex, it is primarily joint pleasure, trust and affection that are important. As far as the anatomical connections are concerned, the strength of the entire pelvic floor is important, ie pelvic floor muscles plus connective tissue, “

A vaginal birth is an extreme challenge for the female body: the entire pelvic floor, which is built up of several layers of muscles and ligaments, is burdened by pregnancies. The passage of the child additionally dilates the skin of the vagina, ligaments and musculature of the pelvic floor. Many women notice after birth that they are temporarily unable to hold the water well, and sometimes the stool, but permanent incontinence is rare. Normally, the changes in the vagina are self-evident.

And this process can be accelerated: ” to talk about it in the puerperium and then to take care of these things in recovery courses,”. Special exercises strengthen the muscles of the pelvis, pelvic floor and buttocks. Everything is activated again and put into tension, so that the stability is restored.

If it becomes clear over the months that even through consistent gymnastics, the strength of the pelvic floor can no longer be achieved, then according to The gynecologist not only ask the current symptoms – incontinence, subsidence, sexual problems – but also with investigate which structures have been damaged by special methods.

The practice of the “Husband Stitch” is nonsensical

In many cases, even a targeted strengthening of the pelvic floor by instructed training, for example by specially trained physiotherapists. “If that does not work, a smaller procedure can often support the pelvic floor sufficiently. In other cases, demanding, multi-level surgery is necessary and effective, “says the gynecologist.

On the other hand, the practice of the “Husband Stitch” (“stab for the husband”), which is repeatedly described in the media through individual experience reports, is nonsensical. At the request of the husband, women are more closely re-sewn in the event of a birth injury. “If only the vagina is stitched closer in the sense of a cosmetic operation, this has at most a short-term effect on the intensity of the sexual experience until the vagina has widened again,”. “If the pelvic floor is overstretched, for example, after the birth of a very large child or after a very long birth with a cessation of birth, such a cosmetic vaginal surgery does not help at all.”

Injuries are a temporary problem for the sex life

On the contrary: “The woman has absolutely nothing, rather complaints. In addition, women do not get an orgasm through a narrower vaginal entrance, but by a good stimulation of the clitoris, “explains. In addition, if such an operation occurs without the consent of the woman, it is an unlawful bodily injury – no reputable gynecologist would voluntarily undertake such an operation.

What may actually be a temporary problem for sex life after birth are injuries to the vagina, perineum, labia and clitoris. They can arise, for example, when suction cups or spoons must be used, or when a too big child’s head requires a cut. Most often, there are first and second degree rupture of the ear and abrasions on the labia minora, which usually heal well in three to four weeks. Severe third- and fourth-degree dam injuries occur in about one in every hundred births.

Many women suffer in silence

There are wound healing problems that can last for a quarter of a year, and cases where the muscles or nerves have been compromised while sewing. These are regrettable incidents. But that would rarely happen. Left untreated, some conditions can become chronic: Fistula formation, for example, is a very unpleasant chronic condition that affects the whole lifestyle. Many women breastfeed and do not dare to approach the doctors or midwives again. In most cases, the symptoms can be treated locally with ointments  very rarely once again by a surgical correction of the suture. “You have to encourage the young mothers – because if they say nothing, you can not help them.”

Some women think of birth as overstretching the vagina, which does not regress. Sometimes it is also negative experiences such as badly healing birth injuries or a difficult birth with a very long pressing period, which can be a traumatic experience for the woman, explains the gynecologist and psychotherapist. What is perceived as bad is individually very different. “I send women who do not expect a natural birth after their first delivery to psychosomatically trained doctors,” says the expert. “A preliminary talk can put the fears they carry into perspective. Also preparatory courses can help. “
After a traumatizing birth, the desire for sex can pass

Only when this is unsuccessful, will a desired Caesarean section be carried out: “We can not force a patient to a natural birth, only good advice.” It should be remembered in any case that a caesarean section is a major operation under general anesthesia, which brings its own problems: Five layers of sutures have to heal first, the woman can not bend over and hardly walk, the breastfeeding is postponed because it is an artificial birth date. “It is very important that the patient talks to a specialist about it. Best with her partner – because if he is involved in the consultation, he can understand their fears better, they support and help make their decision easier,

Fears of a terrible childbirth can not only be unsettling with regard to a second birth, but also have a direct negative impact on the love life – both by the woman and by the man.

After birth, having a couple can be the best time

The most important thing is that both talk about it and that the partners are not overly cautious, but actively show that they want to have sex again. You can not expect it to be perfect the first time, but that will come back. “Above all, if the man actively cares for the baby, the woman again sees the sexuality as beautiful – because she feels his care,”. “There are three of them, looking after the child alternately. It can even be emotionally the best time for a couple. “ 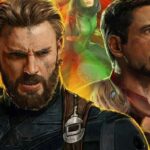 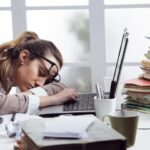