An Italian series loaded with comedy arrives in the extended catalog. Based on a book by Silvia Zucca, it shows the misadventures of Alice, a 30-year-old girl who still does not have a stable working life and has just suffered a love breakup after learning that her ex-boyfriend is about to get married and have a child. With hopes on the ground, she meets Tio, an astrological guru who will help her, through her birth chart and planetary transits, to find her soul mate? We’ll see what happens when she meets the creative director of the company where she works. If you are a lover of astrology and romantic comedies, this is your best option to see this weekend.

A new perspective on the medical marijuana market comes to Amazon Prime Video through Pantaya. Far from being a series that would encompass the world of drug trafficking, Malayerba is a demolition of the stigmas around cannabis by narrating how three young entrepreneurs explore different business strategies to reap and succeed.

The exorcism of Carmen Farías – Pantaya

It seems that the spooky list of Halloween would be completed with this option for this weekend. After her mother passed away, a journalist, Carmen Farías, realizes that she was left with a common inheritance: her grandmother’s house. With the idea of recovering some family memories and discovering some events from her past –with mixed feelings– she will realize that this place hides several of her grandmother’s dark secrets. All this while battling a demon. Carmen will seek at all costs to get rid of that curse that inhabits her current residence.

It is a 10-chapter drama based on real events: the repeal of Parot judicial doctrine that caused dozens of prisoners sentenced to high prison terms to be released in Spain in 2013 without completing their sentences. The production narrates how Spanish society cries out indignantly against this decision and how a vigilante appears on the scene who, one by one, assassinates the released prisoners in the same way they did with their victims, along with an anonymous note that it says: “Sentence carried out.”

Kate Siegel has already toured series like The Curse of Hill House and Midnight Mass, so she was fully prepared to take a chance on a Netflix original thriller. She will play a woman who risks one of the most dangerous psychiatric procedures. Once you begin your hypnotic therapy with your therapist, your mind will wander through a world of nightmares that would have a fatal fate. Would you risk having a therapy of this nature? Unless it’s with Brian Weiss, this movie will totally grab you.

No one sleeps in the woods tonight, Part 2 – Netflix

To enjoy this Halloween at the height, this bloody and terror-filled proposal could enter your options just for October 31. In the first part, this franchise left an open book in the middle of a rehabilitation camp in the forest along with teenagers addicted to technology. A sinister force took a great turn that changed their destiny. So, in this second installment, a major event – not to say terrible – will end up attacking in cold blood the only survivor of the massacre. This is when a rookie cop must face his own fears to stop large numbers of deaths.

The number 10 of Argentina is back. Diego Armando Maradona’s biopic is released just one day before his birthday. A life full of excesses will remain to be seen, as well as the genesis of the career and how he managed to score one of the best goals in the history of the World Cup. But also the relationship with his wife, Claudia Villafañe, his scandals, and his stardom in Naples. Starring Nicolás Goldschmidt , Nazareno Casero and Juan Palomino .

The life of the Sun of Mexico arrives with the third season that premiered on October 28 on Netflix. A biographical series that portrays excesses, international stardom, and love affairs with one of the most important divas in the industry. The twists they promised in season two seem to reveal other unpublished secrets of Luis Miguel. With production on the same level as any of those made by the Hollywood world, the plot in kaleidoscope-like sequences becomes more interesting as the minutes go by. 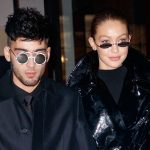 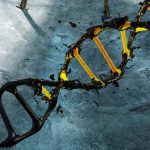