"Calle de la Humanidad 8", the Netflix comedy about the pandemic that manages to draw smiles in times of coronavirus

Making humor about tragic and painful situations is always a very risky task. In show business, there are those who feel more comfortable playing with that thin red line between what is socially permitted and what is politically incorrect, while others prefer to be more conservative and seek healthy humor so as not to hurt susceptibilities. In the context of pandemic, with millions of people who lost their lives due to the coronavirus and with relatives and loved ones still grieving, dare to make a comedy whose main theme is COVID-19 and its aftermath is quite an event. For this reason, the intention of “Calle de la Humanidad, 8” (Stuck Together), the new French film by Netflix that, with great respect and care, manages to bring smiles out of a situation that in almost two years has left more fear and sadness than happiness.

The story begins with a Paris confined by the increase in coronavirus cases in the country. “We are at war,” says the President of France, Emmanuel Macron, on March 16, 2020, in a televised speech in which he announces the start of the quarantine throughout the French territory. As in all countries, no one knew for sure at that time how long the confinements would last and how daily life would develop 24 hours at home. At first, there was talk of two weeks and a return to normality, but everything was new and impossible to predict. Faced with this uncertainty, the residents of 8 Rue de l’Humanité (Calle de la Humanidad, 8), like everyone else, had to adapt to that new reality of face masks, alcohol gel, fake news, and Zooms around the clock.

The film revolves around the typical characters that emerged in the pandemic: the hypochondriac, the denier, the one who wants to take advantage of it to obtain economic returns, the one who does not respect confinement, the desperate for the vaccine, and many others who became classics, about all in the first months of the health crisis. The crazy humor is present in the social relations between these neighbors so particular that they hardly know each other and that the quarantine forces them to have to cross the corridors of the building more often. In that clash of diverse personalities and the common situations that live in the houses during the first days of confinement is where the film achieves connect with the viewer and make them feel identified because most went through the same thing. The problems in coexistence, virtual classes and meetings, live broadcasts on social networks, and physical exercises in small apartments are some of the situations that, in a comedy tone, the film portrays about the famous “new normal”.

The neighborhood is made up of seven families. The hypochondriac Martin (Dany Boon, also the film’s director) and his wife Claire (Laurence Arné, the film’s screenwriter) live on the first floor with their daughter Louna (Rose de Kervenoaë). Higher up is the arrogant Tony (François Damiens) with his sons Victoire (Éve Margnat) and Basile (Milo Machado-Graner). Tony is one of the most hated in the building. He is the sole owner and enjoys letting everyone know, but deep down he suffers because his wife left home just before the confinement and cannot handle household chores. There is also the young pregnant couple of Agathe (Alison Wheeler) and Samuel (Tom Leeb), who compete to see who gets the most followers on Instagram through their live broadcasts of music and exercises. Louise (Liliane Rovère, the great Arlette from “Dix pour cent” and Ludmila in “Family Business”) has her bar closed right there and is desperate to make some money, while Diego (Jorge Calvo) takes care of the neighborhood because his wife Paola (Clara Cicera), the person in charge of the building, remains hospitalized with COVID.

Gabriel (Yvan Attal) deserves a separate paragraph, the eccentric scientist who has his clinical analysis laboratory in the building and who is now in charge of carrying out PCR tests on his neighbors, at the same time that he seeks to be the first to develop the coronavirus vaccine experimenting on all the living animals he finds. Finally, the community has a neighbor about whom little is known and who is only seen at night leaving the building, for which she is the subject of complaints about allegedly violating the confinement. This is another of the situations that were repeated a lot at the beginning of the pandemic, with neighbors making value judgments over others without knowing exactly what they do.

The film also allows itself to put humor aside a bit to show the not-so-sympathetic situations of the pandemic that serve to add emotional spice to the film. At the same time, it offers an optimistic message for the future and pays tribute to the healthcare professionals who continue to fight in hospitals and to all the victims of the coronavirus.

Despite the occasional excess of cliché and somewhat extended duration, “Calle de la Humanidad, 8′ passes the test of making people laugh in an unfavorable context through healthy, familiar, and respectful humor thanks to the histrionics of its actors. 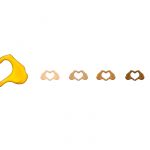 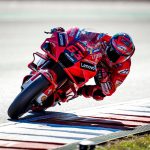