BTS, the biggest phenomenon in K-Pop, paralyzed their fans yesterday after announcing that they will take a break as a band, as they want to focus on their solo activities. The group’s unexpected “hiatus” will allow the idols to debut as soloists and see their projects come to fruition.

Recently, it was revealed that J-Hope will be the first member to debut with a new album, followed by Suga and Jungkook. Also, BTS will make an announcement next week regarding their mandatory military service, and their next plans will be revealed in the future.

Regarding V and Jin, ARMY hopes that the idols will finally fulfill one of their long-awaited dreams in their career since until now they have only focused on music. They could be the next Korean drama stars.

BTS: Each member will have solo activities

Besides being singers, BTS’s V and Jin have other talents. For example, the oldest member has a professional career in acting but has not been able to debut in Korean dramas, even joining BigHit to become an actor.

On the other hand, V already had the opportunity to star in a drama called “Hwarang” in 2016, this was his first role as an actor and since then fans have been waiting for his return to the small screen. Surely they have plenty of offers, but it will be up to them to accept a proposal and if they want to do it.

In this regard, HYBE raised the hopes of the ARMY, because within the information that was released about the BTS hiatus it was revealed that the members will focus on their individual musical and acting activities , without ruling out that they could venture into this area. 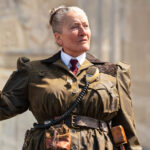 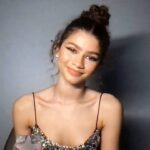