It’s a sign that this individual needs a lot of help. Regardless of whether the attention is good or unpleasant, they don’t care. It also suggests that they aren’t familiar with sentence construction.

When we didn’t have word processing systems that automatically justified the text on each line, the common procedure was to append a ‘x’ or ‘/’ after the last word until the character count was up to 30 characters, for example. I don’t know why this is any different now. This was followed by an additional space [between words] for each ‘x’ being added by the typist in order to justify the right margin. Basically, it was a low-cost solution for groups to produce a more polished newsletter.

X is a classic way to communicate kisses, although it’s been overdone recently. It’s possible that it has no significance at all.

Without understanding the background, it’s hard to give a specific answer (but more importantly, without knowing the other person). I’m talking about ending every phrase with “xxxxx”?

If the individual is a journalist, then the “xxxxx” anywhere in the prose is a placeholder for the person’s name (for something to be inserted later in that position).

Bizarre, especially after every single phrase.. After every statement, I’m unsure if the ‘xxxx’s are kisses or not. It’s possible they have no idea what belongs there. As far as I know, you’re right. 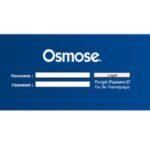 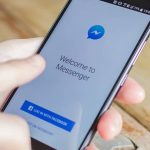