Colombia.- A party ended in tragedy, after a young woman apparently drunk fell through the window on the second floor on Friday night during a party in which the woman enjoyed the singer Engeell Melody’s show in Colombia.

The strong images were captured during a live broadcast on Facebook, where you can see how the girl with a white hat and a pink blouse who was part of the celebration chanted and danced the songs Engeell Melody, while carrying a glass in her hand, when he lost his balance and fell into the void, hitting the asphalt.

The young woman was identified as Greysi García , and the terrible event took place during a celebration in an apartment on the second floor of a building located north of Barranquilla, in Colombia, as reported by Crónica.

In another video that the same singer shared, you can see when the assistants came down to help her and in one of them you can hear a person say that the woman was dead; however, they put her in a car and took her to the nearest hospital.

It is worth mentioning that the young woman had already been warned by those invited to the party, to “be careful” and not to get on the chair, however, due to the state, the woman ignored causing the fall.

Melody published these videos on her Facebook account and also responded to those who asked about the girl’s health condition , who had survived the fall and only suffered trauma and fractures, she also gave thanks to the people who prayed for Greysi García’s health .

Fortunately, it did not pass to adults and Greysi García was discharged and is at home recovering satisfactorily. 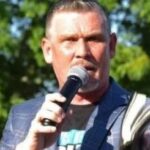 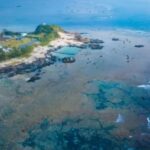