The Celsius crypto network has halted all trading, including withdrawals, according to a press release from the company released overnight. The unusual move comes as major cryptocurrencies plummeted over the weekend and there are serious questions about whether Celsius will ever allow users to withdraw their money thanks to some rather slippery language in its terms of service.

“Due to extreme market conditions, today we are announcing that Celsius is pausing all withdrawals, Swaps, and transfers between accounts. We are taking this action today to put Celsius in a better position to honor, over time, its withdrawal obligations,” the company said in a statement on Medium.

“Acting in the interest of our community is our top priority. In service of that commitment and to adhere to our risk management framework, we have activated a clause in our Terms of Use that will allow for this process to take place. Celsius has valuable assets and we are working diligently to meet our obligations,” the statement continued.

Celsius, which claims to have 1.7 million users, allows people to trade major cryptocurrencies like bitcoin (down 13.2% over the past 24 hours) and Ethereum (down 17%), all while promising incredibly high returns for people who were holding (HODLing, in the community parlance), with the service.

But what are those “terms of use” Celsius is referencing? For one thing, those terms of use allow Celsius to halt all trading, as they’ve already done. They also explicitly say that if Celsius goes bankrupt, you might not get access to any of your money ever again, something that U.S. consumers at traditional banks don’t have to worry about thanks to the FDIC.

In the event that Celsius becomes bankrupt, enters liquidation or is otherwise unable to repay its obligations, any Eligible Digital Assets used in the Earn Service or as collateral under the Borrow Service may not be recoverable, and you may not have any legal remedies or rights in connection with Celsius’ obligations to you other than your rights as a creditor of Celsius under any applicable laws.

Strangely, Celsius claims users will still “accrue rewards” while everything else is paused—which presumably means users will be earning those ridiculously high-interest rates on the fake internet money. But it’s not clear what good interest rates might be if Celsius isn’t able to get operations back up and running.

“We are taking this necessary action for the benefit of our entire community to stabilize liquidity and operations while we take steps to preserve and protect assets. Furthermore, customers will continue to accrue rewards during the pause in line with our commitment to our customers,” Celsius said.

Those “rewards” and ridiculously high-interest rates all sounded pretty nice, according to a promotional video Celsius uploaded to YouTube back in April titled, “Why Choose Celsius?”

When can Celsius users expect to get access to their money? The company seems to have anticipated people will be antsy. And they’re not making any promises about a timeline yet.

“We understand that this news is difficult, but we believe that our decision to pause withdrawals, Swap, and transfers between accounts is the most responsible action we can take to protect our community. We are working with a singular focus: to protect and preserve assets to meet our obligations to customers. Our ultimate objective is stabilizing liquidity and restoring withdrawals, Swap, and transfers between accounts as quickly as possible. There is a lot of work ahead as we consider various options, this process will take time, and there may be delays,” Celsius said.

Do you catch all that? There may be delays.

For his part, Celsius founder and CEO Alex Mashinsky have been tight-lipped on social media in the past few hours since the pause on withdrawals was announced. But as recently as Saturday night Mashinsky was accusing people who questioned Celsius’s liquidity of spreading “FUD,” an acronym in the crypto world that means “fear, uncertainty, and doubt.”

Mashinsky did not immediately respond to an email from Gizmodo early Monday morning.

Accusing someone of spreading FUD is one of the greatest insults in the crypto enthusiast community, but it doesn’t look like it was FUD being spread at this point. It was old-fashioned, healthy skepticism about cryptocurrencies—a way of making money that seems to work more like a pyramid scheme than a sound financial system.

The shutdown, at least temporarily, of Celsius isn’t the first major implosion in recent weeks. Terra and its cryptocurrency Luna melted down when its stable coin went into a death spiral in just a few short days. What did Luna’s founder, Do Kwon, do after losing people millions? He started up a new coin called Luna 2.0.

You almost have to respect the audacity. Almost. 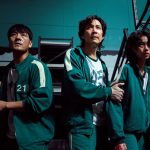 First preview of the second season of The Squid Game : familiar faces and a new game
Next Article 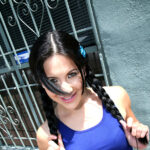