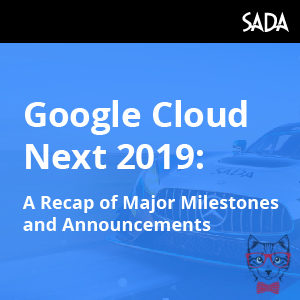 1. Android, your new security key : In addition to increasing visibility to corporate environments to detect threats, speed up responses, solve problems and mitigate risk with the launch of services such as Cloud Security Command Center, Event Threat Detection, Security Health Analytics or Cloud Security Scanner, now, any smartphone with Android 7 system or higher can function as a free security key to protect personal or corporate Google accounts. In addition to the email and password, the user must also validate their identity through the Android device, which will now operate as a security key. This security key contains an encryption that is used to prove the identity of the user and the address of the website. The browser will communicate with the security key through NFC or Bluetooth connection to verify the identity of the user.

2. Anthos, a truly hybrid cloud : Google announced the beta version of the Anthos hybrid platform, which will allow customers to adopt and manage their cloud services from other providers. The goal is that when companies migrate to the cloud, they are not tied to a single provider.

3. Google Cloud expands its sales force : Thomas Kurian, who was appointed as CEO of Google Cloud a few months ago, announced the expansion in the scale of marketing teams with the aim of amplifying the impact of technology solutions and technology. company and make Google Cloud the ally of companies.

4. G Suite incorporates innovations : Several of the G Suite applications integrated new features, including the Calendar now connects with Google Assistant so that users can ask about their events. Another example is Hangouts that will be displayed on the bottom side and when conversations or groups are selected they will be displayed in full mode.

5. G Suite numbers : 1,500 million people use Gmail every day, 90 million students and the 5 million companies that use G Suite to boost their productivity.

7. AI and machine learning for the retail sector : One of the verticals with the greatest focus for Google is that of the retail or retail sector. The company is adding functions to boost companies in this industry. A couple of them were announced during Next: Contact Center AI , which integrates virtual assistants to support the customer’s contact areas of the companies through automated conversations. Another function is Retail-Oriented Solution that incorporates the capabilities of Google Lens technology. With this service, customers can take a photo of the products they like, and the system can present products similar to this one that are included in the business catalog.

9. The data belongs to the clients and only of them : Thomas Kurian recalled one of the pillars offered by Google to its customers: “We start from the conviction that Google Cloud Platform (GCP) customers are the owners of their data and they control how they are used. The customer data is used only to provide the GCP services and, thus, ensure its proper functioning. They do not pursue any other purpose or purpose, “said the executive.

10. New features of Cloud AutoML : Launched last year with the goal of companies adopting artificial intelligence in their processes, Google launched Cloud AutoML. In Next 2019 new features for AutoML were presented, including AutoML Tables that allows to create models of automatic learning from data sets or AutoML Video that is able to develop personalized and automated models for the classification of video content through labels Defined by the developers. 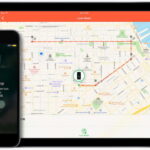 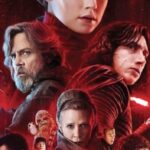