Payton Gendron right chatting with his attorney during his arraignment on Saturday.
SHARE

The Erie County District Attorney’s Office, in northern New York, has confirmed that Payton S. Gendron, an 18-year-old white man who killed 10 people, mostly black, in a Buffalo supermarket on Saturday(State of New York), acted for “racist motivations”. Gendron, already described as a white supremacist by the authorities, will appear before the judge on Tuesday. The accusation of murder in the first degree (with premeditation and treachery) can cost you life in prison since in this State there is no death penalty. At his appearance before the judge on Saturday night for his arraignment, Gendron remained impassive, unemotional, and pleaded not guilty. The young man had his first contact with the police last year, after making “generalized threats”, not of a racist nature, against his institute, for which he was referred to a hospital, where he underwent a psychiatric evaluation and, a day and a half later discharged. Since then he disappeared from the police radar. 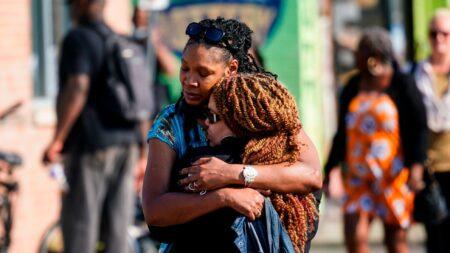 Of the shooting victims, 10 dead and three injured whose lives do not appear to be in danger, 11 are black and two are white. Armed with an assault rifle and two other weapons and military equipment, including a bulletproof vest and a helmet with a built-in camera to broadcast his action live, he chose a Tops chain supermarket, located in a lower-class neighborhood with a majority population. African-American, at the antipodes of the homogeneous white county in which the murderer lived with his parents and siblings. The video platform Twitch, which belongs to Amazon, cut off the broadcast of the shooting two minutes after it started. It showed the beginnings of the horror: Gendron’s arrival by car at the scene, the parking lot, and his determined steps towards the first victim, a woman in a tank top and shorts leaving the establishment. Four of the dead fell into the car park The rest was inside. “There were dead bodies everywhere,” a customer told local media.

The radicalization of the supremacist Gendron, via the internet, took a step forward in May 2020, when, due to the boredom of the pandemic, he began to frequent forums such as 4chan, in which he learned about the conspiracy theory of the great replacement or substitution, according to which whites run the risk of being replaced by populations of other races. As recounted in a 180-page manifesto that he posted on the internet, the details of which have been disclosed by The New York Times, he prepared for the Buffalo attack for years, buying ammunition and equipment while frequently practicing shooting. . In January, the plan germinated.

Gendron appears to be a lone wolf, deranged by hatred, capable of writing 180 pages detailing his plan to kill the largest number of blacks in the city with the highest percentage of the African-American population in his state. A boy equipped with an assault rifle —on the barrel of which he had painted the worst possible insult to someone of color in white, according to US media, which did not specify the disqualification—, with a camera to broadcast the carnage as the white supremacist who attacked two mosques in New Zealand and left fifty dead in 2019, one of its models.

A mimetic lone wolf: It was also inspired by the 2019 El Paso massacre, in which a white man traveled for hours across Texas—as Gendron did on Saturday over 200 miles through New York State— to attack the Latino population in a department store, with 23 dead. El Paso killer Patrick Wood posted his motives online, a statement of hate. Like Brenton Tarrant, the killer from New Zealand. Like Gendron himself: a nauseatingly detailed account of where to park, where to eat before committing the attack, how to go through every aisle of the supermarket and finish off, if he could, every black man with a shot in the chest 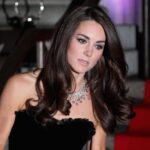