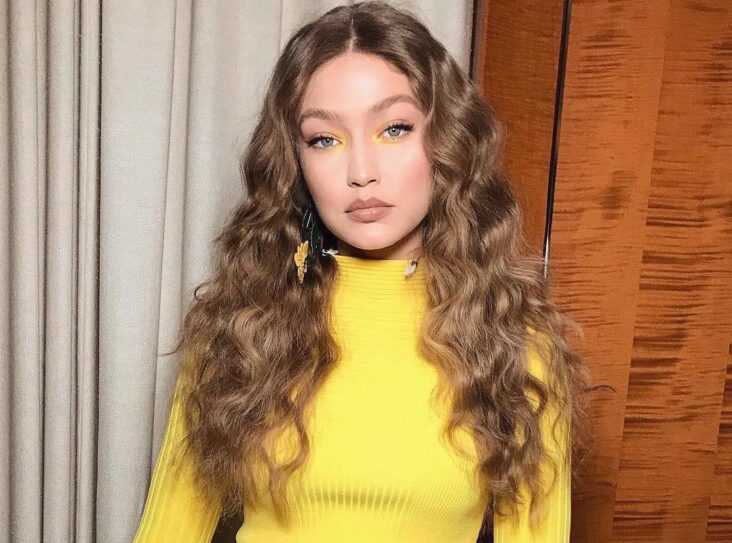 Gigi Hadid surprised her fans with this new TikTok challenge.

The 26-year-old American supermodel does not stop giving something to talk about. And it is that after becoming a mother in September 2020, the beautiful young woman, who debuted as a redhead last February, has continued to cause a sensation with her great looks on social networks, as well as with her small and combined glances at her daughter Khai.

And he has done it again! Well, Gigi Hadid managed to surprise her fans with a new TikTok challenge.

Posted first from the Instagram of her trusted makeup artist, Erin Parson, with whom Gigi Hadid works on a regular basis and especially for her commercials with Maybelline, the TikTok challenge was about one of those transformations that see users go from their simpler looks for the house to those more produced

For this audiovisual, which made use of the Billie Eilish theme ‘ Bury A Friend’ , Gigi Hadid was seen with her face washed and a white t-shirt, and then made a close-up of her hair that served as a transition to that spectacular Gigi.

And it is that the redhead then was completely changed with a makeup of fleshy crimson lips and a magenta silk outfit that left all her fans with their mouths open.

This video is, of course, reminiscent of the first Reels Gigi Hadid posted that also made an incredible transformation.

That first video, however, featured the song ‘ Unfuckwitable’ by ZAYN, Gigi’s boyfriend and father to her daughter, Khai.

Regarding this challenge , Gigi assured that he did it at the request of some fans who had started the challenge on TikTok.

Likewise, Hadid took the opportunity to thank Erin Parsons, Steph Oh and stylist Danielle Priano for helping her do it.

Look it here!
These are the best looks of Gigi Hadid

Which Gigi Hadid Reels is your favorite?