We live so surrounded by stimuli, that it is often difficult to focus our attention on something static, like a book, for some time.

But wrongly it is believed that the problem is that books are boring. They’re just dull if you do not choose the right one!

Of course, there are some favorite science books, for example, that can be extremely difficult to read. Or long, complex novels, with vocabulary challenging to understand … Then, if you are not a regular reader and you take one of those volumes, you will inevitably end up abandoning.

But calm! Here is a list of nine books that are so entertaining that you will not even want to open Netflix until you finish them.

1. Angels and Demons – Dan Brown
Dan Brown is perhaps one of the geniuses of suspense today. In their plots are mixed all kinds of secrets and conspiracies, which will lead you to want to reach the end at all costs.

Any of his books is a matter of total entertainment. Although the best known is the Da Vinci Code, its predecessor, Angels, and Demons, is a must-see book. Rome, sects, deadly weapons, religious symbols and a race against time: everything adds up so you can not detach yourself from the book until you know how it ends.

2. Little lies – Liane Moriarty
In this book, only one thing is known from the beginning: someone has died. But understand who and under what circumstances you will be deprived of sleep throughout the book.

Beyond death, cross stories of ordinary women, middle-class mothers with everyday problems, dark places and past who prefer not to remember are intertwined.

Liane Moriarty will catch you on the first sheet and will not let you go until the end. And, if you still want to watch a series after this post, you can then look for the adaptation that HBO did.

3. Men who did not love women – Stieg Larsson
This is the first of the Millenium trilogy (which could well have been a much longer saga, if it were not for its author did not live to write it), is a book of dark suspense but extremely compelling, in which you’ll want to know what happened with a woman who disappeared many years ago.

Journalism, research, family secrets … This book has everything to be the most entertaining!

4. The advantages of being invisible – Stephen Chbosky
This book is short, very easy to read and, although it is more for young audiences, it will catch both children and adults.

It is the story of Charlie, who is 15 years old and has been left alone after the suicide of his best friend. He lives with his parents and feels a little unsuitable for the rest of the world.

Until he meets Sam and Patrick, other “invisible,” and together with them will live his adolescence, his sexual awakening, and everything a young person needs to become a small adult.

5. Misery – Stephen King
Another master of contemporary literature, Stephen King will always manage to leave you stuck to his books from time zero to the last page, and also within the particular genre of horror and fantasy.

The truth is that almost any book of King has its charm, and you can choose any if what you want is to train. But Misery is perfect to enter your world of psychopaths, obsessions, and fears in a short book that you devour in a matter of hours.

6. The widows of Thursdays – Claudia Piñeiro
This black novel launched the career of Claudia Piñeiro as a writer, and with justification: it is a perfect portrait of a society in decline locked in a story that will leave you breathless.

A group of families live in a private neighborhood in Argentina, take their children to elite schools, have maids and play golf. “But one night the routine breaks down and that fact allows us to discover, in a country that is falling apart, the dark side of a ‘perfect’ life.”

7. Under the same star – John Green
This book has been a rage among young people, although there is not an age to read it. The romance between two young people with cancer, who understand too early that life is one and you have to live it because you never know what may happen next.

Not suitable for people too sensitive, and ideal if in addition to wanting to stay on the reading you want to cry a while.

8. The Psychoanalyst – John Katzenbach
This book has fans and detractors, but we must tell the truth: if we look for books that catch us from beginning to end, this is at least on the podium.

You have to read the synopsis to realize that the book has a hook:

“Frederick Starks, a psychoanalyst with long experience, receives an anonymous letter and will have to use all his cunning to find out, in just fifteen days, who is the author of that threatening message that promises to make his existence impossible. committing suicide or being a witness to how their relatives and acquaintances die by the work of a psychopath determined to carry his thirst for revenge to the end. ”

9. Like water for chocolate – Laura Esquivel
If you like to love novels more, this book will please you. But if you like love, mixed with fantasy, eroticism, and cuisine. This book will fascinate you!

Tita and Pedro love each other, but life does not allow them to be together. To be close to her, he marries his sister, and Tita begins to use as a channel of communication with her beloved what she loves the most: food.

Through their dishes, the most incredible situations will be unleashed, while Tita and Pedro want to be united. 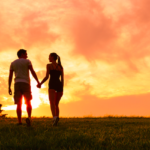 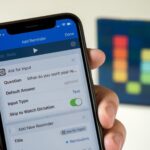