Sex and health go hand in hand. Several researches point out that the sexual act promotes a thinner waist, a stronger and stronger heart and a lower risk of developing prostate or breast cancers. But how much is enough?

It is also a key element for the maintenance of mental health, and is still associated with a lower probability of depression and good mood.

However, the truth is that individuals have been practicing less and less sex, at least comparatively for a decade, and according to an American study published in the Archives of Sexual Behavior and published by TIME magazine.

Between 2010 and 2014, that study estimated that on average the population would have intimate relationships less than nine times a year, relative to the time period between 2000 and 2004. For married individuals, the reduction in the frequency of intimacy was even more striking – in have had sex 16 times less per year.

However, according to a study conducted by psychology researcher and professor Amy Muise at the University of York in Canada, the adult population should have sex about 54 times a year, or slightly more than once a week. This value should be responsible for optimizing levels of happiness.

Muise and a team of researchers found that couples who have more sex tend to be happier and reach higher overall rates of well-being.

Muise also warns that regardless of the quotas presented, each individual should be intimately involved only if he feels like and without feeling forced to do so. 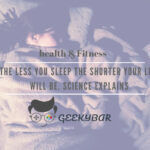 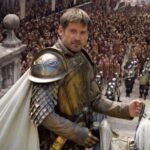