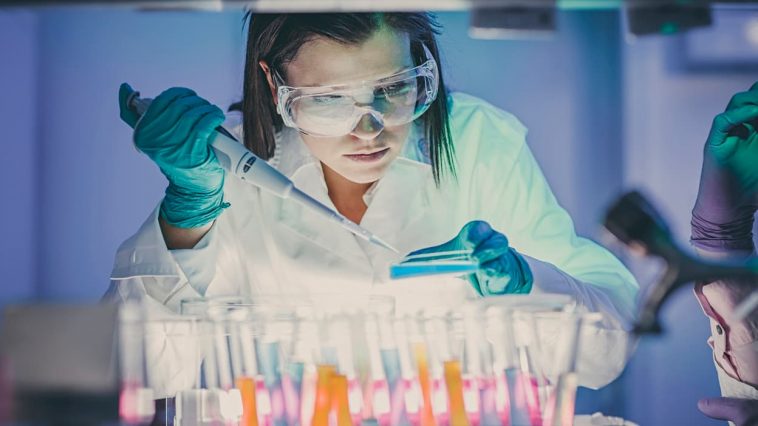 An experimental COVID-19 drug from AstraZeneca contributed to reduce the risk of serious illness or death in an advanced phase study, the British drugmaker reported today. The announcement will boost the efforts of this and other laboratories to develop coronavirus drugs to supplement vaccines, which are showing good results even for new variants of SARS-CoV-2.

At the same time, this Monday it became known that the American pharmaceutical giant Merck, from the MSD company, requested the US health authorities authorization for the emergency use of an oral drug to treat COVID-19.

The tablet is molnupiravir, “an investigational oral antiviral drug for the treatment of mild to moderate COVID-19 in adults who are at risk of developing into severe COVID-19 and/or being hospitalized, ” the company said. it’s a statement.

For its part, the AstraZeneca laboratory announced the success of its new development AZD7442, which contains antibodies manufactured in the laboratory and designed to remain in the body for months in order to contain the virus in case of contagion. A vaccine, in contrast, relies on an intact immune system to develop specific antibodies and cells that fight infection.

The drug, a cocktail of two antibodies called AZD7442, reduced the risk of severe COVID-19 or death by 67% in non-hospitalized patients who had had symptoms for seven days or less, fulfilling the main objective of the study.

AstraZeneca’s treatment, given by injection, is the first of its kind to show promise as preventive medicine and as a treatment for COVID-19 after multiple trials. It is designed to protect people with a poor immune response to vaccines.

“These positive results demonstrate that a comfortable intramuscular dose of AZD7442 could play an important role in helping to combat this devastating pandemic,” Hugh Montgomery, the trial’s principal investigator, said in a statement.

AstraZeneca’s joins developments by Regeneron, Eli Lilly, and GlaxoSmithKline, along with their partner Vir, who are advancing similar therapies with a class of drugs called monoclonal antibodies.

AstraZeneca, whose COVID-19 vaccine has been widely used around the world, Last week, it applied to US regulators for an emergency use authorization for AZD7442 as a preventive therapy. AstraZeneca will present data from various studies on AZD7442 to health regulators around the world, a spokeswoman said Monday. “We will continue to discuss this new data with regulators,” the lab said.

The trial was conducted in 13 countries and had more than 900 adult participants, of whom half received AZD7442 and the rest a placebo. The full results of the trial will be presented for publication in a peer-reviewed journal, AstraZeneca said.

“An early intervention with our antibody can provide a significant reduction in the progression to severe disease, with continued protection for more than six months”, said Mene Pangalos, executive vice president of AstraZeneca.

While this Monday’s results cover the use of AZD7442 in outpatients, there is another trial studying its use as a treatment for hospitalized COVID-19 patients. Other antibody cocktail treatments for COVID-19 have shown varying degrees of success.

Last August the laboratory had advanced that in the already advanced trials of this drug the results had been very encouraging when administered to people before being in contact with the virus, since “Reduced the risk of developing a symptomatic form by 77%, based on Phase III data from large-scale clinical trials designed to measure its safety and efficacy,” AstraZeneca explained in a statement.

The treatment was administered by intramuscular injection. “ With these tremendous results, AZD7442 could be an important tool in our arsenal to help people who may need more than a vaccine to regain a normal life ”, explained Dr. Myron Levin, a professor at the University of Colorado in the US and who was in charge of the trials.

If approved by the health regulatory authorities, it would make it the first long-acting non-vaccine drug that has been shown to prevent disease in a clinical trial. There were no severe cases of coronavirus or deaths in those treated with the drug, while the placebo arm racked up three cases of severe illness, including two deaths.

More than three-quarters of late-stage trial participants had other underlying medical conditions, including conditions that cause a lowered immune response to vaccination. The drug, which might be suitable for patients for whom a vaccine is not recommended, offers up to a full year of protection against COVID-19 and was well tolerated, the lab reported in August. The drugmaker said preliminary cell studies showed the cocktail neutralized emerging viral variants, including the Delta variant.

“Currently, AstraZeneca is developing a combination of 2 long-acting monoclonal antibodies and is in Phase III development, being evaluated in clinical studies for both prevention and treatment (outpatient and hospitalized) of COVID-19. In Argentina, there is extensive experience in clinical research with biological products such as monoclonal antibodies, with our country having highly qualified research centers”, then explained AstraZeneca exclusively for Infobae.

And they completed: “This experience has provided the basis for Argentina, which has been participating in clinical trials of AstraZeneca with monoclonal antibodies for more than 10 years in different therapeutic areas, to be one of the 14 countries (in Asia, Europe, and America ) who is currently contributing to one of these phase 3 trials for the treatment of COVID. In this trial alone, more than 800 patients have been treated worldwide, of which more than 50 were included in 4 research centers in CABA and the Province of Buenos Aires”.

On the other hand, other therapies such as Regeneron’s showed 72% protection against symptomatic infection in the first week, and 93% thereafter. The of GSK-Vir showed a reduction in the 79% risk of hospitalization or death from any cause, while therapy Lilly showed a reduction of 70% in viral load to the seventh day compared with placebo. 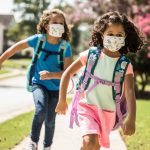 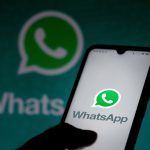