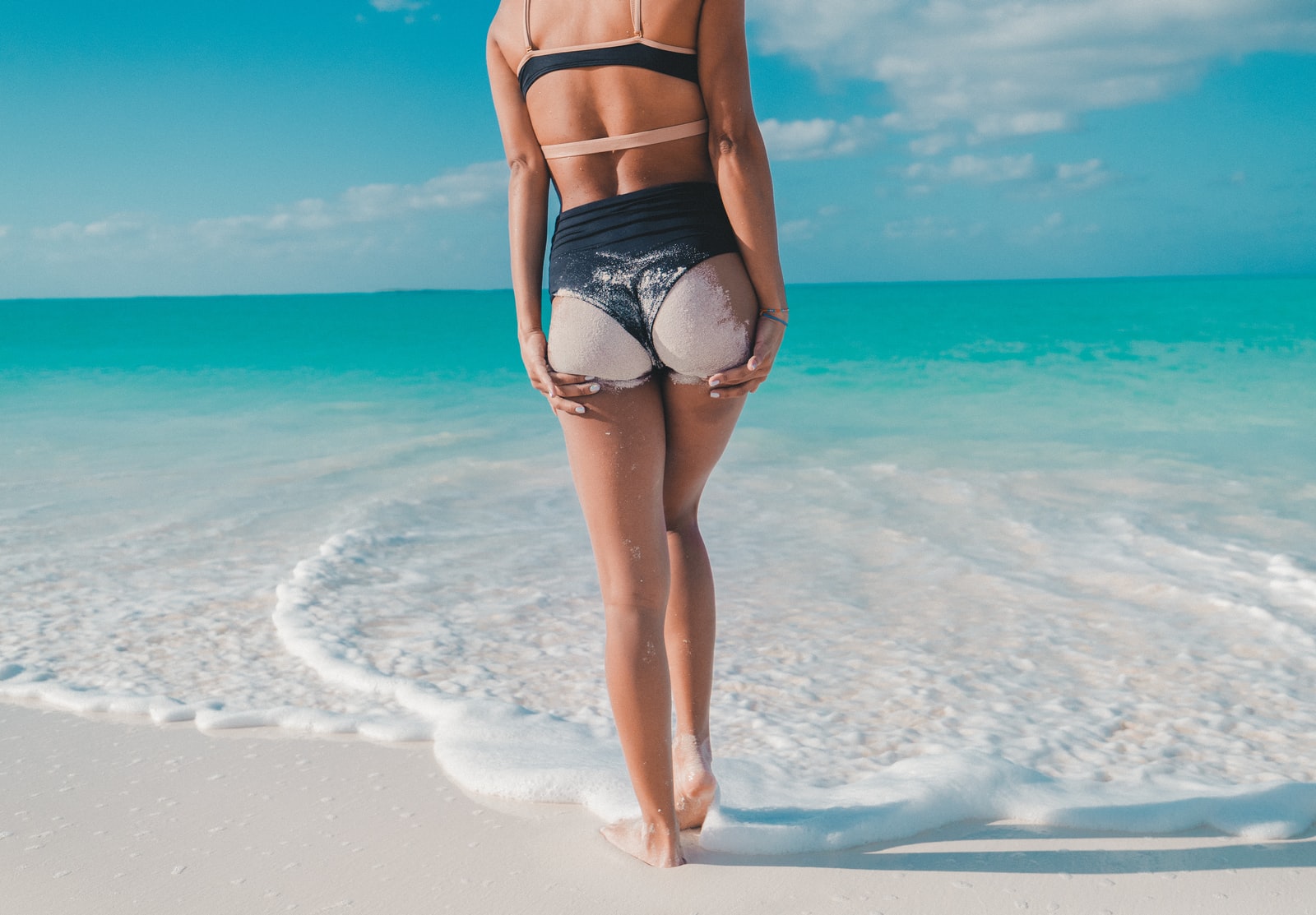 To start with what is gluteoplasty?

Buttock augmentation surgery is a surgical operation aimed at increasing the size of the buttocks, for several reasons:

Contents
To start with what is gluteoplasty?What technique is the best to increase the buttocks? Why?How it is performed?How is an appointment with you before a buttock operation? What aspects should be discussed/seen?Can stretch marks remain on the skin when augmenting the buttocks?Is cellulite eliminated or improved after buttock augmentation?Are gluteal prostheses natural?Can gluteal prostheses be encapsulated like breast prostheses?What size of prosthesis is usually the most used?What type of prosthesis can be put on the buttocks? What results are going to be achieved with each one?What would you say to someone who believes that gluteal prostheses under constant pressure can burst?When are the stitches removed? Are the scars going to show up?

What technique is the best to increase the buttocks? Why?

There are several techniques to increase the buttocks, the most used being:

The greater reliability and predictability of results, together with the lower rate of complications that the buttock augmentation technique has by placing silicone gel implants compared to fat transfer, makes us choose the best method and, therefore, as the procedure of choice to perform buttock augmentation to gluteal prosthesis placement. 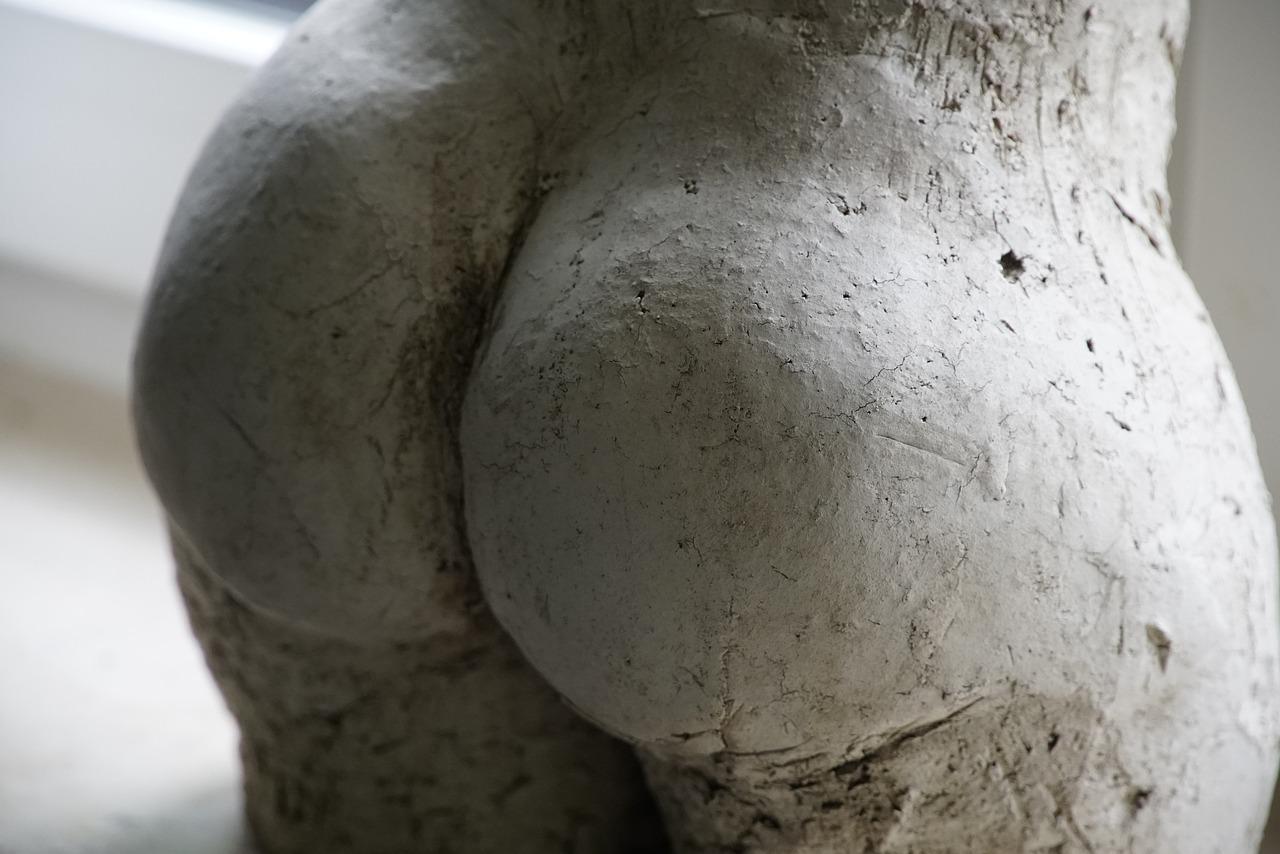 The fat transfer technique has a higher rate of complications and greater severity. These include the asymmetry of the buttocks due to partial reabsorption of fat; the presence of areas of greater hardness to the touch together with others of a more natural touch due to the necrosis and irregular calcification of the grafted fat. These complications will make it necessary to carry out new surgical interventions for their correction. Along with this, the very low, but very serious probability of developing a very serious complication such as pulmonary fatty embolism (1 in 3,000 patients undergoing gluteal lipotransference develops fatty thromboembolism), makes us not in favor and, therefore, Let’s not do buttock augmentation by fat transfer.

How it is performed?

The intervention can be performed under general or epidural anesthesia depending on the characteristics of the patient. The intervention lasts approximately two hours and consists of the introduction of a gluteal prosthesis under (submuscular) or inside (intramuscular) the gluteus maximus muscle, through a vertical incision of about five centimeters in the intergluteal fold.

The patient must remain hospitalized for twenty-four hours for immediate postoperative control. 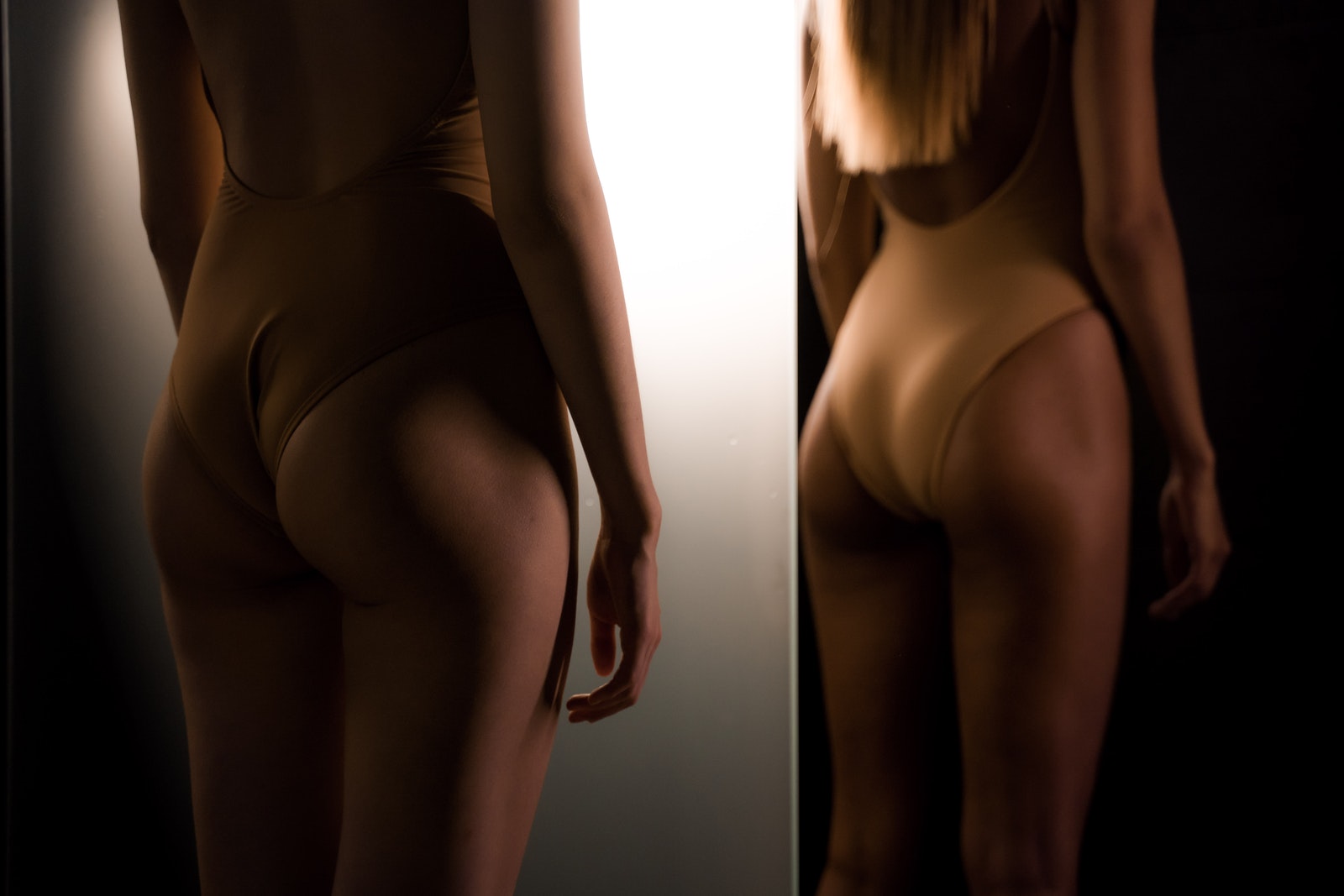 How is an appointment with you before a buttock operation? What aspects should be discussed/seen?

In the first consultation, we will assess that the general state of health of the patient is optimal to avoid possible complications in the operation. This general assessment of the patient will be completed with a preoperative study that includes a complete laboratory analysis and cardiology and pulmonary study (chest X-rays and electrocardiogram).

In the examination of the patient’s buttocks, special attention must be paid to the shape and size of the buttocks before surgery as they can influence both the recommended treatment and the final result. It will be very important to check the height and width of the buttocks as the type of prosthesis we use will depend on these. Thus, in patients with wide and short buttocks (“short ass”), we will use round-shaped prostheses, while in patients with long and flat buttocks (“long-ass”) we will use oval prostheses.

At this time we will also assess whether buttock augmentation can be favored by simultaneously performing liposuction of nearby areas such as the flanks, trochanters, and/or adductors.

It is also important to assess the expectations and wishes of the patient.

Can stretch marks remain on the skin when augmenting the buttocks?

As long as we respect the previous measurements made on the patient and use the appropriate prostheses, stretch marks will not appear on the skin after the gluteal implants are placed.

Is cellulite eliminated or improved after buttock augmentation?

The small holes, which sometimes appear in the buttocks, can improve something, by improving the tension of the skin when placing the implants.

Also, as we said before, if in the examination we observe localized fat accumulations (lipodystrophy) we can liposuction them, highlighting, even more, the result of the buttock augmentation. 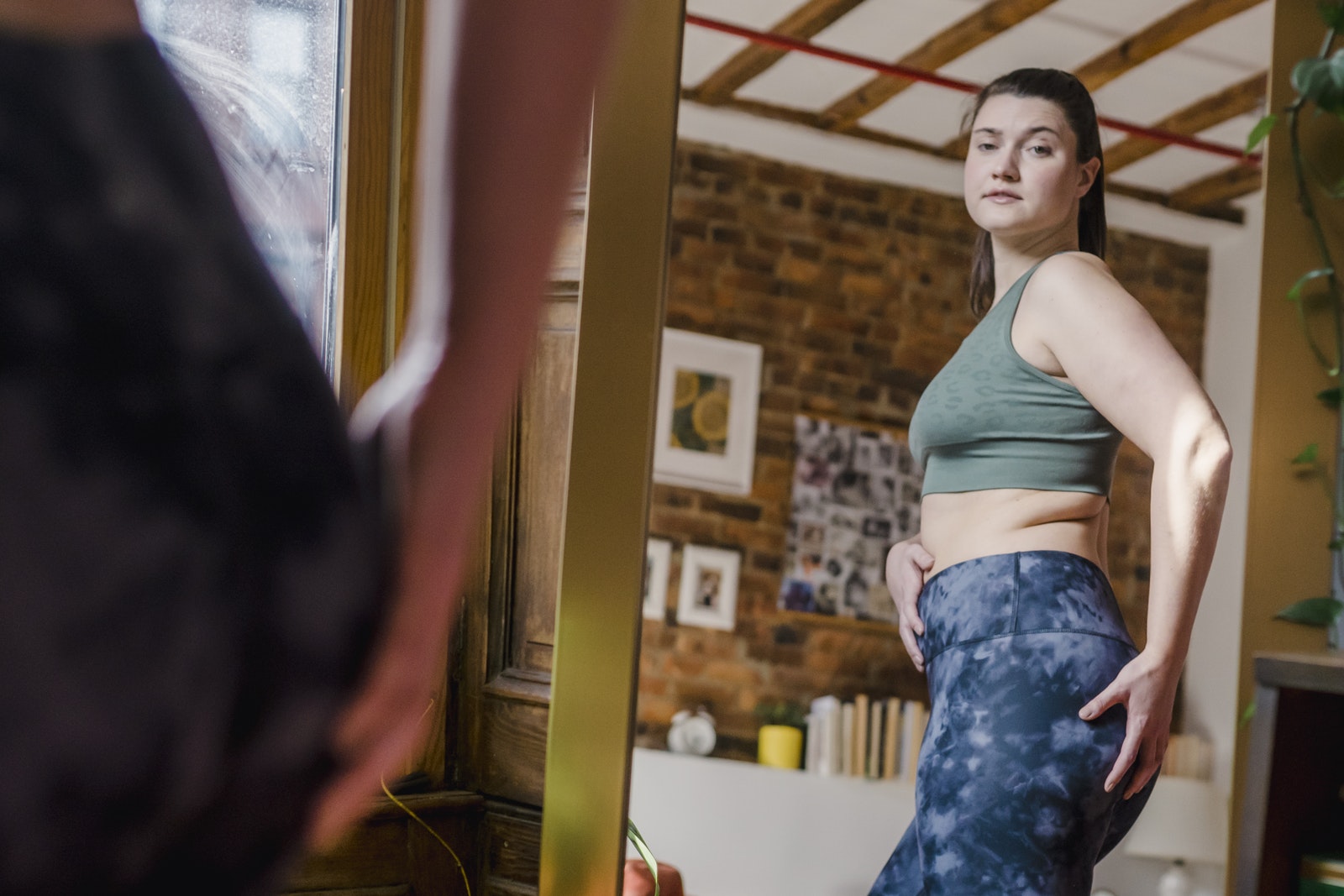 In the immediate postoperative period, as with breast prostheses, the region of the buttocks will appear swollen and harder, but with time, they will soften and deflate until they reach a natural shape and touch around two months after the intervention.

Yes, they can be encapsulated, but their incidence is much lower than that of encapsulation of breast prostheses.

Although serious complications are very rare, typical of this type of intervention would be alterations in sensitivity, either by excess (hyperesthesia) or by default (hypoesthesia), in some areas of the buttocks.

What size of prosthesis is usually the most used?

The size of the prosthesis will be appropriate to the measurements of the patient’s buttocks, as well as to realistic expectations. In any case, there is not as much disparity in size between buttock prostheses used as there is with breast prostheses. The use of gluteal prostheses larger than 300 to 325 cubic centimeters is very rare.

What type of prosthesis can be put on the buttocks? What results are going to be achieved with each one?

Depending on their shape, gluteal prostheses can be:

In any case, the results will not depend on the type of prosthesis used, but on their adaptation to the physical conditions of the patient, which will always allow us to obtain natural results.

What would you say to someone who believes that gluteal prostheses under constant pressure can burst?

The silicone of the buttock prostheses has a greater consistency, cohesiveness, and therefore a greater resistance than that of the breast prostheses due to the great power of the gluteal muscle group. On the other hand, the implant is placed at a height above a line parallel to the piriformis muscle, so that when the patient sits down, his weight never rests on the prosthesis.

All of this makes gluteal implant rupture very rare. Eventually, they can break into a serious accident, due to a very strong blow.

When are the stitches removed? Are the scars going to show up?

The stitches are removed around ten days after the intervention. The scar is single, vertical, in the midline, in the gluteal crease, about five centimeters in length, and begins approximately one centimeter above the anus, making it practically invisible. 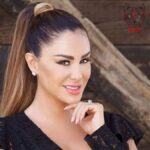 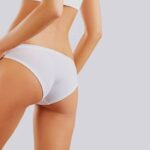