3 Netflix Psychological Movies That Will Totally Grab You
SHARE

Rowan Atkinson is making his comeback to the world of television fiction, and he will be doing so on Netflix. The new comedy series “Man vs. Bee,” which was produced by the Briton and stars him, will become available on the platform on June 24. The platform has now released the teaser for the series.

Atkinson portrays the role of Trevor, a beloved but clumsy family guy who gets a job as a cleaner. In this role, Atkinson returns to his clumsy side. The preview shows that his first mission would take place in an extravagant estate. Everything is going well until the arrival of a bee, which immediately causes mayhem. The sharp edge of hilarity
Alongside the main character, the other members of the cast include Jing Lusi as Nina, the owner of the house; Julian Rhind-Tutt as Christian, her husband; Claudie Blakley as Trevor’s ex-wife; India Fowler as Maddy; Greg McHugh as the groundskeeper; and Tom Basden as the police officer.

Naturally, if one is to judge ‘Man vs. Bee’ from its trailer, it seems as if it will be the typical one-man show that Atkinson, who co-created the series with William Davies, will be performing. This comedic anthology is made up of nine episodes, and David Kerr is in charge of directing all of them. Davies is the showrunner and writer for the program. 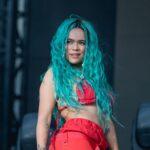