Beyoncé blew up social media a week ago when she announced her new album ‘Renaissance’ and this Tuesday she will release her first single ‘Break my soul’. Her seventh album as a solo artist, that will be the succession of ‘Lemonade’ from 2016.

Contents
What is known about Renaissance?What was Beyoncé’s last album and when was it released?

Beyoncé is the artist with the most Grammy Awards in history with 48, first as a vocalist for the group Destiny’s Child and later as a solo artist.

What is known about Renaissance?

Everything seems to indicate that ‘Renaissance’ will feature pop and country themes, as well as contributions from OneRepublic’s Ryan Tedder. The recorded material will be released on July 29 and will have 16 songs.

What was Beyoncé’s last album and when was it released?

Queen B’s last full studio album ‘Lemonade’ was released six years ago on April 23, 2016, the title of her sixth solo album was inspired by a speech by Jay-Z’s grandmother Hattie White. 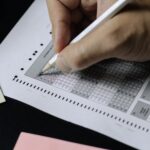