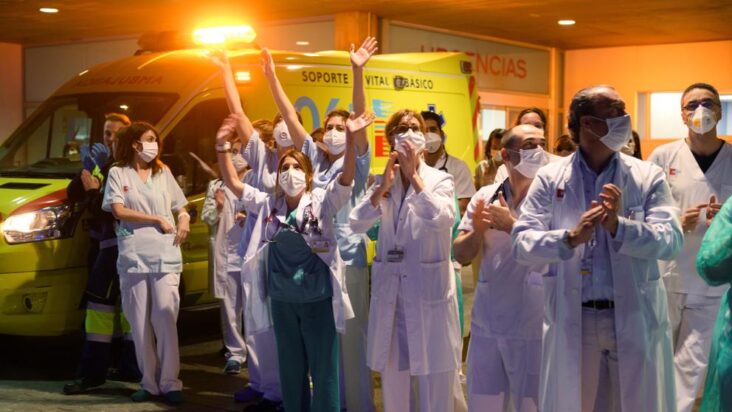 Health personnel go outside the Marqués de Valdecilla hospital to thank the support of the citizens for their work in the fight against the coronavirus, this Sunday in the Cantabrian capital. EFE / Pedro Puente Hoyos (Pedro Puente Hoyos / EFE)

The numbers of health professionals infected with the coronavirus are revealing, as they show the risks that this sector is taking on the front line in the fight against Covid-19. More than 3,500 doctors and nurses have been infected, representing 12% of the total cases reported as of yesterday (28,572). Some worrying figures, especially in a week in which the contagion peak is expected to be reached (in about 4 or 6 days or so), according to experts’ forecasts, in which “alarming figures” are expected.

While waiting for that “great wave” to arrive (in the words of the Prime Minister), the person in charge of the Coordination Center for Emergencies and Health Alerts, Fernando Simón, recalled that there are about 50,000 health professionals (students, retirees, military doctors) …) to support hospitals when necessary.

Private nursing homes, where the virus is rampant, pass to the public autonomous control

This high number of infected in this group reveals one of the deficiencies that health centers manifested from the first moment, the lack of protective equipment, which has literally left them naked in the face of the virus. Today, more material is still being demanded, although the Government insists that the necessary collection is being made in the international market, while Spanish companies have changed their production line to manufacture them. According to Health, this week 1.6 million masks were delivered to the communities (4 million since March 10). 30% of them have gone to the most affected community, Madrid (with 9,702 cases and 1,021 deaths) and 12.6% to Catalonia (4,709 and 191 dead).

The health groups also request access to the rapid detection tests. Simón explained that the 640,000 kits purchased have already begun to be distributed following the following criteria: first, health professionals and hospitalized patients; second, to the high-risk population and nursing homes; and “in 3 or 4 days”, to the rest of the population, starting with those with mild symptoms. The tests will reach all citizens in order to know who can be infected in “successive waves of the coronavirus.”

The percentage of infected toilets places this group among the risk groups for coronavirus, along with the elderly. Just yesterday, the Ministry of Health provided the number of reported cases by age (centered on almost 19,000 cases), revealing what was already known, that the Covid-19 attacks with particular virulence those over 60 years of age. 68% of those in serious condition and 95% of the deceased have exceeded this age. The data also reveals that Covid-19 affects the youngest: 30% of those admitted to the ICU are between 30 and 60 years old.

Regardless of the data, Simón insists that the epidemic continues to expand as the health system prepares with all available resources to attend to all the most difficult points, hospitals and nursing homes.

On the former, the plants are being reorganized and annexes are being added to accommodate those who require admission, while pavilions and fairgrounds and hotels are being set up for this purpose. As for ICUs, the maximum and most critical stress point will occur between one and two weeks after the peak of new cases is reached. “Then those who are still admitted will join (the average stay is 21 days) with those who enter. That will be the problematic moment and in which it is necessary to work to avoid the collapse ”, Simón explained.

The transfer of patients from a hospital that is saturated to another that is not is also considered, even if necessary from one community to another (there are differences of affectation between some territories and others). Although Simón believes that it would be more reasonable to “move health resources before patients.”

Be that as it may, for this task of transferring health resources, the Government has put the army at the disposal of Health. And to attend the nursing homes, whatever their ownership. Yesterday, the President of the Government announced that the autonomous communities will have the private residences for the elderly and therefore their facilities, material and human resources. Sánchez announced that resources will be made available to municipalities for the distribution of food and other basic necessities such as pharmaceuticals so that older people do not have to leave home. The data provided yesterday by Health indicates that just over 50% of the reported cases
require hospitalization (15,554), of which 1,780 are currently in the ICU.

Yes, the increase in the number of deaths is alarming, 390 more to reach 1,720. A positive fact: 2,575 people have overcome the coronavirus. 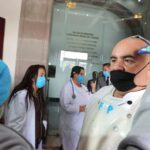 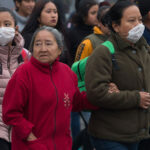