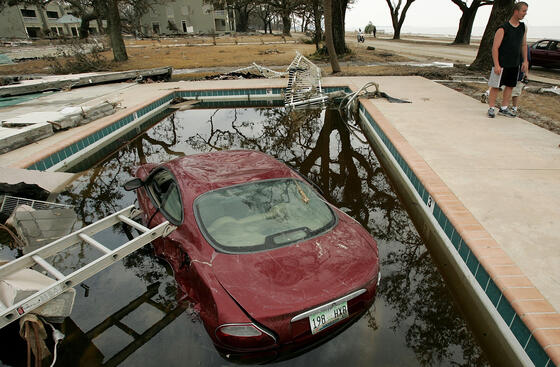 BILOXI, MS - SEPTEMBER 1: A car rests partially submerged in a swimming pool outside an apartment building destroyed by Hurricane Katrina September 1, 2005 in Biloxi, Mississippi. Residents are still without electricity, water or communications for a third day after Hurricane Katrina roared ashore, leaving a trail of destruction. Hundreds are feared dead in Biloxi after being trapped in their homes during the storms. (Photo by Win McNamee/Getty Images)

The meteorological phenomenon Ida hit New Orleans on Sunday exactly 16 years after Hurricane Katrina struck, which killed more than 1,800 people and was one of the costliest natural disasters in US history.

Ida, now weakened to a tropical storm, made landfall near Port Fourchon, Louisiana, as a Category 4 hurricane with maximum sustained winds of approximately 150 miles per hour (240 kilometers per hour), has been compared to its predecessor, and both made landfall. in the same part of Louisiana. Experts say it is the strongest test to date to test for security systems in place since catastrophic Katrina.

“It’s definitely a weird thing to be looking at this hurricane on the 16th anniversary of Hurricane Katrina in practically the same location,” said Brian McNoldy, a senior research associate at the University of Miami dedicated to the study of hurricanes.

But there are key differences between the two storms, and officials have tried to ease the fear that Ida is a sequel to Katrina by recalling the improvements made to the levee system after the 2005 storm to better prepare southeast Louisiana and the area. New Orleans metropolitan area for storm surge.

Hurricane Katrina changed this city forever, but “we are much better protected than during Katrina, the levees are stronger and taller,” Kelli Chandler, regional director of the Southeastern Louisiana Flood Protection Authority, explained Sunday.


“We may have some local street flooding and we will have widespread power outages. We have already started to experience that. But we are much better protected from storm surge than 16 years ago. “This Monday, more than a million people remain without electricity in Louisiana, according to the portal poweroutage.us.

Ida, which made landfall as a Category 4 hurricane, compared to Katrina’s Category 3, is expected to produce a less severe storm surge.

Hurricane Katrina was a “major storm” with a “very expansive” wind field compared to an average storm, according to McNoldy. It also produced a record storm surge of approximately 24 to 28 feet along the Mississippi coast. Current estimates place Ida’s storm surge between 12 and 16 feet.

“Hurricane Katrina was not as intense when it made landfall, but it was significantly larger and had more associated energy,” McNoldy said.

Kathryn Prociv, recalled that for this reason they always remind their audience not to focus on the category because “there can be a deadly and far-reaching impact despite being a 3 versus a 5, for example “.

“Katrina was much bigger, but both are destructive weather events that will sadly go down in history,” he said.

Despite the proximity to landfall, the storms are taking different paths. Ida landed on the west of the Mississippi River in Louisiana, rather than on the east side near the Mississippi coast.

Ida is the third hurricane to hit this state in the last year. Hurricane Laura hit the state with category four on August 27, 2020, while Hurricane Zeta made landfall there on October 28, 2020 with category three.

Katrina was such a catastrophic storm due to the collapse of New Orleans’ levee system , that it caused flooding in about 80% of the city and left 1,800 deaths. Officials reiterated to Louisiana residents that such a situation with Ida was unlikely to recur due to multi-million dollar investment in infrastructure since the 2005 storm.

Louisiana Governor John Bel Edwards told CBS on Sunday that $ 14 billion was invested in the system after Katrina and that officials “are satisfied with the hurricane risk reduction system.”

The president added that the state has less protection systems along the coast where the levees are not as high and they are not as fortified and “they are very concerned there.”

The National Hurricane Center (NHC) said Sunday that “it is possible to bypass local levees outside of the Hurricane and Storm Damage Risk Reduction System” where local flood values ​​may be higher than those shown in your notice.

“This would be a tremendous test of those systems, and frankly, it will be the strongest test we’ve had so far for the current hurricane and storm risk reduction system itself,” he said.

During a news conference Sunday, Ramsey Green, New Orleans’ deputy managing director for infrastructure, said it was important to recognize that the city was in a different place than it was when Katrina struck.

“Our levee system is strong, one of the best protected systems on the planet,” he said, adding that they have great confidence in the current system.

McNoldy, the hurricane researcher, said that much of the impact of this storm is yet to come, “a lesson to be learned from that is, let’s wait until it’s over to celebrate that everything was maintained.” 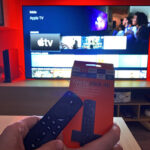 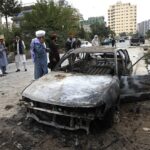